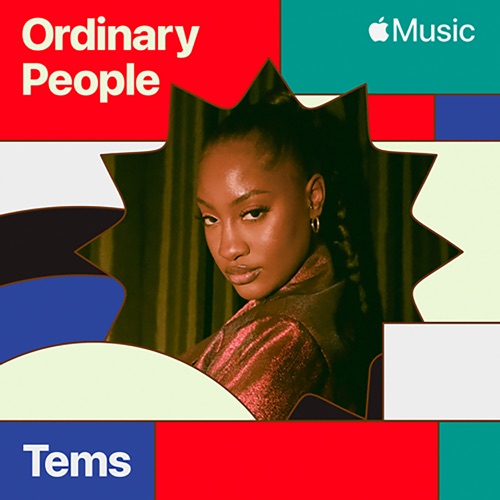 Tems announced this cover via her Twitter page on Friday, the 4th of June 2021. She revealed that she rarely does covers but it was an honor to work on the cover of John Legend’s iconic track “Ordinary People” with Apple Music. The singer wrote;

It wasn’t until 2020 that Nigerian singer and MC Tems first heard about Juneteenth. “I’m sure it has always been a huge moment, but living in Nigeria, I felt like there was an added awareness last year with all the things that went on in the world,” she says. “Freedom is important both as individuals and also as a people; learning there was a day that marked the freedom of Black people in the US shows how far we’ve come and also points to the work still to be done.”

For Apple Music’s Juneteenth-inspired Freedom Songs, a collection of covers and originals, Tems covered John Legend’s “Ordinary People,” a song that she says “speaks to me through its simplicity yet also its potency. The message cuts really clear because of it.”

Take a listen below.