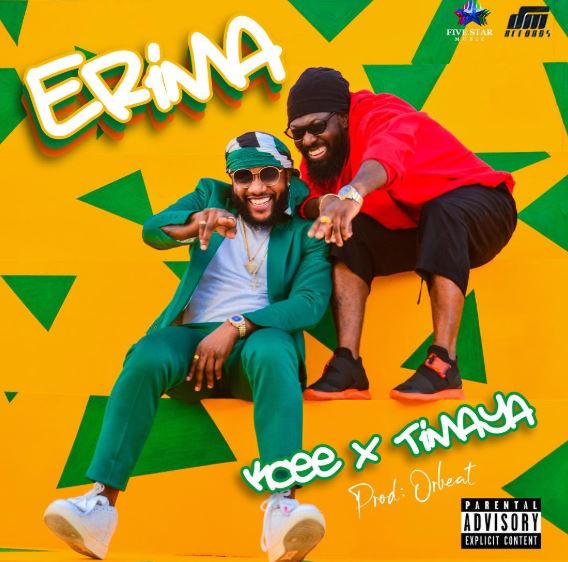 The Limpopo crooner, Kcee lights up the year with a new collaboration the hit maker, Timaya (the bam bam crooner featuring Olamide), on a new single entitled – Erima, While his singles Psycho featuring Wizkid and Boo featuring Tekno still gathering momentum, we have Erima again!.

Late last year, The artiste, rounded up the year with a single entitled – Protect Us, a single that’s yet to be take over his lovers.

Kcee, the five star music star, isn’t slowing down anytime soon on the radar, as keeps giving us those singles back to back.

Listen and Download Erima by Kcee ft Timaya Below.