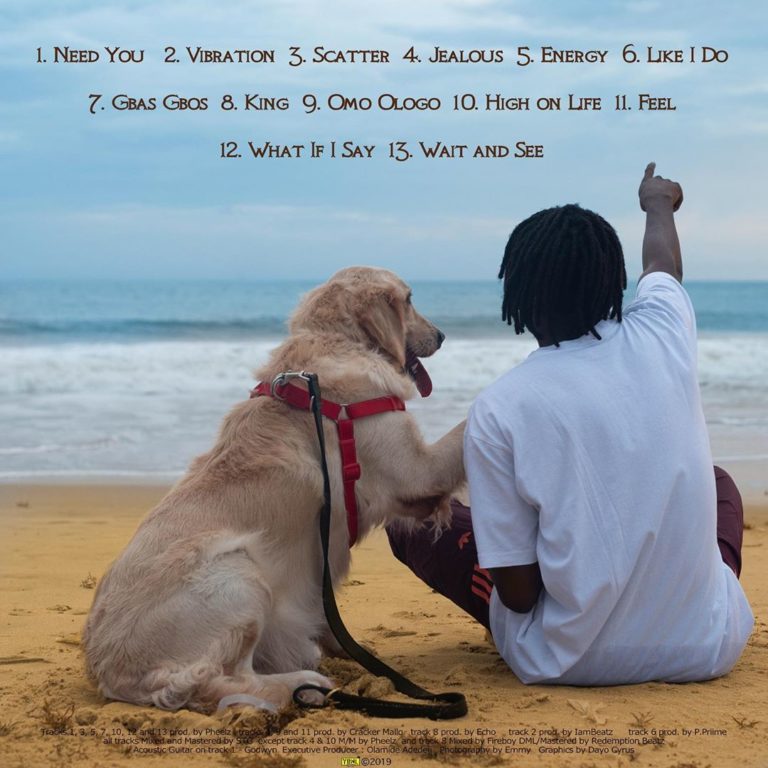 The album which consists of 13 tracks features his previously released tracks “King”, “Jealous”, and “What if i Say”.

The highly anticipated album is a solo project as he features no one.