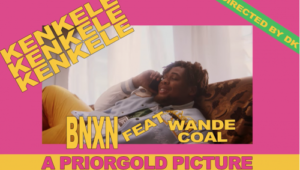 BNXN releases a music video for his new song titled “Kenkele“, featuring Wande Coal. In the video Buju and Wande Coal went to chill and catch some cruise at an unknown SPA in Lagos, You can tell they are living the best life

BNXN’s new song “KENKELE” is off from his forthcoming EP, ‘Bad Since ’97’. It’s a mid tempo jam produced by: Sakpase & Stone, Mixed and Mastered by @whereisdro. This record is filled with Vibes and melody, It’s that perfect song for your chilled playlist.

The video for Kenkele was shot in Lagos by Director K (DK)… Enjoy below;