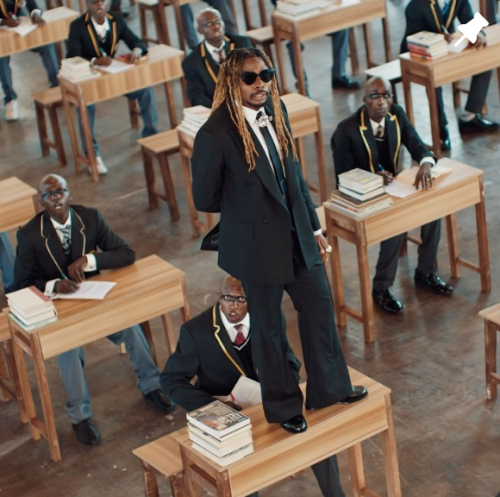 Asake Returns With Organise Music Video, Shot and Chopped by TG Omori.
“Organise” is off Asake debut album titled, ‘Mr Money With The Vibe‘. When Ahmed Ololade put out his Ololade Asake EP in Feb. 2022, few people knew what to expect from an eclectic artist whose Olamide-assisted “Omo Ope” remix had announced his belated arrival to mainstream audiences.

In the seven months between Ololade Asake and the release of this, his debut album, the Lagos-based artist scored further hits and seized control of the Afropop zeitgeist with his dizzying mix of street-inspired lyricism, signature chanted vocals and a fascinating fusion of amapiano, hip-hop and Fuji instrumentals. Mr. Money With The Vibe sees Asake lean into the larger-than-life persona that songs like “Sungba” and “PALAZZO” established.

He details his new realities with swagger—contemplating romance, life and his position in the game over beats delicately crafted by close creative ally Magicsticks. His flair for experimenting within the amapiano framework continues here as he loops the call-and-response pattern of classic Afrobeat over the log drums, sax and piano on “Organise”.

The official video of this song is lit! It comes with different messages passed across the scenes. Watch and Enjoy below;