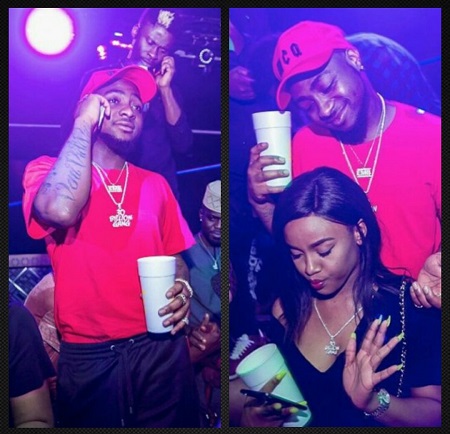 Davido and Chioma
Zonal Police PRO, Dolapo Badmus, has taken to her Instagram page to reveal how Davido’s heart was won by his current girlfriend, Chioma Avril.
The police officer revealed that the singer’s heart was reportedly won by Chioma’s exceptional culinary skills in the kitchen.
Read her Instagram post below:
“The best way to an African man’s soul is through food. All ladies out there should learn how to prepare dishes! No man wants to be eating from restaurants all the time.
Homemade food are the best! if you are confused ask that boy that killed Goliath why after 3 or 4 baby mamas, he is sticking and dotting roundabout that @chef.
That girl has obviously won the game and will be getting her left 4th finger filled with Mr D’s ring soon!
You all thought it’s juju??? No no no she’s gotten him through dishes (power of food) young ladies get yourselves into kitchen and learn how to make good recipes and mr right will stay.” 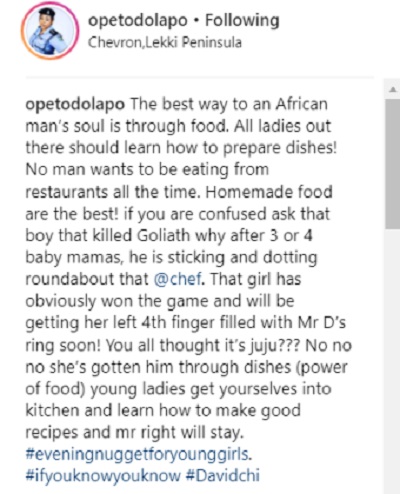