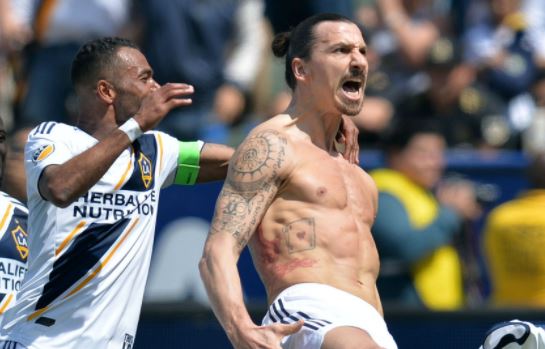 Zlatan Ibrahimovic
Zlatan Ibrahimovic turned down a $100 million offer from China in favour of completing a move to the LA Galaxy, according to Sports Illustrated.
The Swedish striker left Manchester United last month and subsequently finalised a long-anticipated move to the MLS side.
Ibrahimovic is expected to earn $3m over the course of his two-year Galaxy deal after rejecting the eye-watering sums being offered in the Chinese Super League.
In other news, Chelsea will need to convince Eden Hazard and Thibaut Courtois of the club’s long-term ambitions in their attempts to persuade the Belgian duo to sign new contracts.
Hazard’s current deal expires in 2020 and Chelsea are willing to offer the playmaker a pay rise in an effort to ward off long-time suitors Real Madrid.
Courtois, meanwhile, has just a year left on his contract, with Madrid and Paris Saint-Germain both interested in the goalkeeper.
--Advertisements--