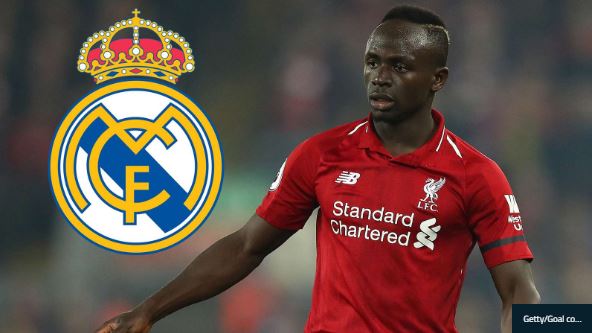 Sadio Mane
Zinedine Zidane wants to bring Sadio Mane to Real Madrid from Liverpool, according to Marca.
The Senegal forward has 17 goals from his 29 Premier League appearances this season and was on Zidane’s radar before his departure in the summer.
However, Liverpool are not keen on selling a prized member of their front three and would demand a fee similar to the one that took Philippe Coutinho to Barcelona a little over a year ago.
Arsenal are reportedly scouting Cagliari midfielder Nico Barella, and watched him score against Finland for Italy, according to the Metro.
The 22-year-old was publically courted by Chelsea and Maurizio Sarri in January as they sought to replace the departing Cesc Fabregas.
The central midfielder has also attracted interest from Inter and Napoli, and his asking price is mooted at around £43m (€50m/$57m).
Arsenal are eyeing up out-of-contract Charlton Athletic starlet Joe Aribo, according to the Mirror.
Charlton withdrew their initial contract offer and made a new proposal with the wages cut in half, leading the youngster to reject those terms and he will now be available for a small compensation fee due to his age.
The forward-thinking central midfielder, 22, has scored six goals and registered two assists from 26 League One appearances this season, and has attracted interest from Eintracht Frankfurt and Benfica, as well as the Gunners.
Arsenal are hoping to sign Marcus Thuram from Guingamp this summer.
According to Le10Sport, The Gunners are keen admirers of the attacker, and the son of World Cup winner, Lilian.
However, any hopes Unai Emery has of signing Thuram could be dashed by Dortmund, Manchester United and Tottenham, all of who are also monitoring the 21-year-old.
N’Golo Kante has sought to calm exit talk at Chelsea by refusing to enter into a discussion regarding supposed interest from Real Madrid.
The World Cup winner is said to be a summer target for fellow Frenchman Zinedine Zidane, but he is reading little into the rumours.