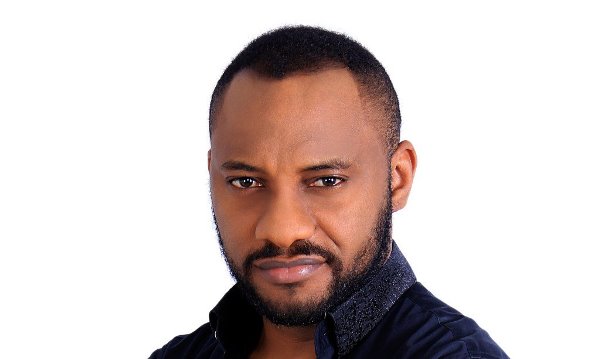 Yul Edochie
Yul Edochie, a Nollywood actor and former governorship candidate of the Democratic Peoples Congress (DPC) in Anambra, has defected to the Peoples Democratic Party (PDP).
Also Mr Godwin Ezeemo, the former governorship candidate of the Progressive Peoples Alliance, and Mr Hygers Igwebuike, a former factional governorship candidate of the All Progressives Grand Alliance (APGA) also defected to PDP.
Addressing party members in Awka on Sunday, Mr Peter Obi, the Vice Presidential Candidate of PDP said there was no division in the party in the South-East geo-political zone.
Obi spoke at an interdenominational church service and reception organised in his honour by the Anambra state chapter of the party.
He described the rumour that the PDP leaders in the zone were working against the party’s interest in the upcoming polls as false.
He said that members of the party in the zone remained one family and were working hard to ensure its victory at the polls.
“Let me tell you all, PDP in the South-East is working as one family and when the votes are turned in, you will all see it.
“We are working as one family,” the former Anambra state governor said.
He said that PDP’s victory at the polls would further guarantee the survival of Nigeria and give the youths a better future.
He assured the people that the second Niger Bridge and the federal roads in the zone would be fixed by PDP within six months of its assumption of office.
Obi, who was at the event with his wife, Margaret, commended the people of the state for the warm reception accorded him.
He said that his mission was to assist the party’s Presidential Candidate, former Vice President Abubakar Atiku, to restore sanity in the country.
He promised that they would jointly work to re-create a country “where unemployment will be tackled, jobs created, infrastructure provided and the economy rebuilt.”
Earlier, the state chairman of PDP, Chief Ndubisi Nwobu, urged Nigerians to vote out the All Progressives Congress for failing to deliver on its campaign promises to Nigerians.
Nwobu said, “They promised to make the naira one to a dollar, reduce the cost of food items and stop the importation of refined petroleum products, but none of those promises were delivered.”
Highlights of the event included the defection of some politicians in the state, together with their teeming supporters, to PDP.
(NAN)

“Buhari’s Trousers Ought to Be The Least of Our Issues” – Actor, Yul Edochie (Video)

“At 30, You’re Not A Failure In Life As Long As You Keep Trying” – Yul Edochie

”Some People Are Sending Me Messages, Begging Me To Show Them Where They Can Do Money Rituals” – Yul Edochie Laments