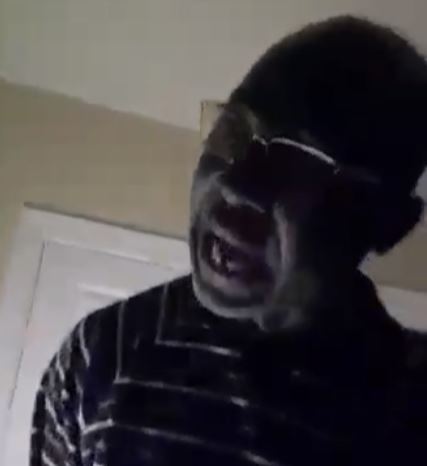 A video has captured the moment a US-based Nigerian man confronted his wife for being unfaithful and entering the car of her lover in his presence.

In the viral video, the pained man is seen accusing his wife simply identified as Chinenye of sleeping around with her lover.

According to reports, the man has lived in the US for a while and returned to Nigeria two years ago to marry Chinenye before taking her to the US.

Their argument was rather heated and soon turned physical.

The couple threw abusive words at each other as the husband kept insisting his wife is promiscuous.

The husband said: “You f**k your lover, you come here and stay like nothing happened?”.

The husband said: “I don’t need you. You’re a pr#stitute.”

The wife, Chinenye hit back, saying: “No one wants you.”

“You’re a whore. You’re a fu**ing whore Chinenye. You fu** everybody you see,” he added.