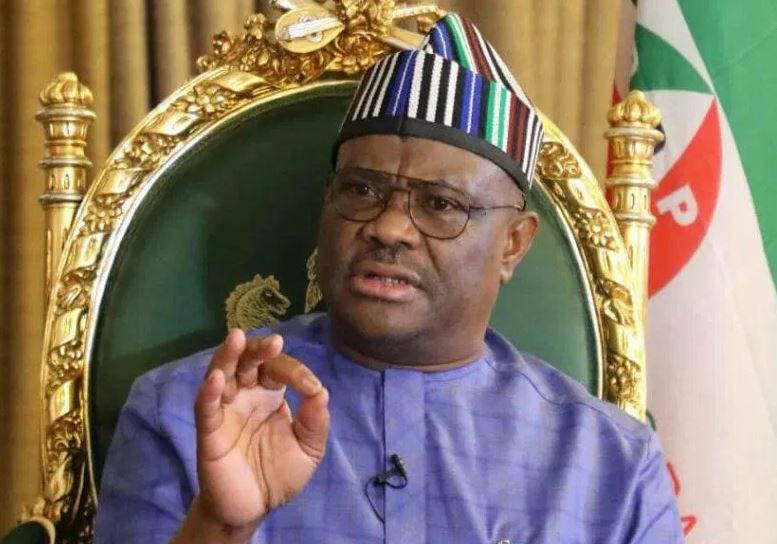 Governor Nyesom Wike of Rivers state has described the former Minister of Transportation Rotimi Amaechi as a “total failure” who cannot enter the Presidential Villa anymore.

The governor was speaking at the commissioning of senator John Azuta Mbata House in Port Harcourt on Monday.

Governor Wike challenged the former minister to show the Rivers people what he did for them when he was a minister.

The governor was reacting to comments credited to the former minister that he was not happy that the state government failed to conduct a state burial for an Elder statesman and former Minister of Aviation, Alabo Graham Douglas who was buried last weekend.

The governor said” tell Rivers State people as a minister of Transportation what did you do for your people.

“Seven good years, all you were interested in was doing business with CCECC. Standard guage and the other gauge up till now we have not seen anyone from Port Harcourt to Maiduguri.

“You’re not happy that the state did not give Alabo Graham Douglas a state burial. Why would I do that when I saw that you people have brought politics to the man’s burial?

“Please this should be the last time you will talk about this state because you’re a total failure as far as this state is concerned.

“Even what is supposed to come to us you blocked it. Do you think you will not finish as a minister? You have left, I hear he can’t even enter the villa now.”