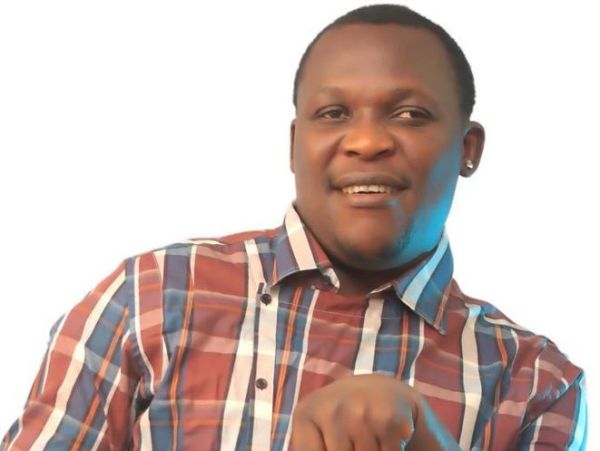 For a while now, speculation has been rife that popular Fuji musician, Remi Aluko, had lost his sight and keeping it a secret.

Some people have said that whenever he is performing, his boys stylishly guide his movements on stage to prevent the public from knowing about his visual impairment.

Also, a young man who watched his performance at Ketu, Lagos, recently and spoke to Saturday Beats on condition of anonymity, said that he seemed to believe that the Fuji star had gone blind because of the way his boys surrounded him during his performance.

It was rumoured that Aluko bought a stolen phone and was arrested by the police. It was further alleged that while he was in detention he was brutally tortured and that the treatment affected his sight.

During an exclusive chat with Saturday Beats, the singer admitted that he had problems with his sight but said that he never bought a stolen phone and was never tortured by the police.

He said, “I have problem with my sight and the ailment is called glaucoma. A lot of people have it in Nigeria but do not know. I did not have any symptoms before the illness manifested itself. That is why I advise people to always go for medical check-up.

I have rectified the problem through an operation in India but the truth is that my sight is not like it used to be. You know that once a part of the body is damaged, it cannot function like it used to. I can see but my vision is not as clear as it used to be.

“It is an illness and I did not contract it through police torture. The Nigeria Police Force is probably the best law enforcement agency in Nigeria.

Those that published that report about me are just callous. I did not buy a stolen phone from anybody; someone actually gave me the phone as a gift because he enjoyed my performance.

“The man first gave me money while I was performing; before the show ended, he sent one of my boys to give me the phone because he really had fun at the show. When the police arrested me, they did not touch me; they only questioned me and later took me to Abuja. When we got there, they just asked me how they could get the person that gave me the phone. Luckily, they were able to locate the man and he was arrested. That was what happened.”

Narrating how he discovered that he had the ailment; Aluko said he got to know about it during an altercation with someone, which led to him being punched in the face.

“The illness manifested itself after I received a punch from someone who had an issue with me. When I was punched, I discovered that I could not see very clearly.

At first, I thought it was a little problem, so I just applied eye drops but it did not work so I went to a hospital at Bonny Camp and that is where they told me that I had glaucoma,” he said.