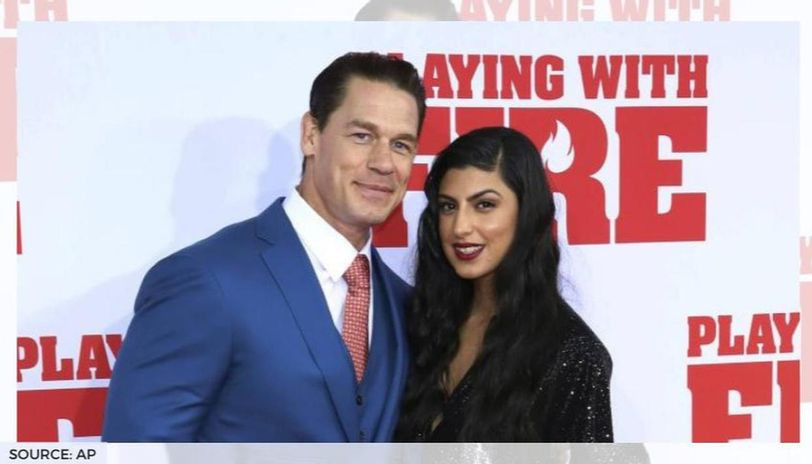 WWE superstar John Cena has married his girlfriend Shay Shariatzadeh, months after they went public with their romance.

John Cena and Shay Shariatzadeh got married in a private ceremony on October 12 in Tampa, Florida. While no other details about the ceremony are available, Cena and Shariatzadeh’s marriage has already been confirmed by TMZ and Cydney Contreras of E! Online.

Marriage rumours between the two started in February 2020 when Shariatzadeh was spotted wearing a ring after being seen at a park in San Diego. The couple began dating back in early 2019, following Cena’s high profile split with ex-fiancee Nikki Bella in 2018.

They had a low-key engagement ceremony and reportedly filed for a marriage certificate in Florida in early October.

Though born in Iran, Shay is a Canadian citizen. She earned a bachelor’s degree from the University of British Columbia in electrical and electronics engineering, and currently works as a product manager for Aviglon, a Motorola Solutions Company performing “a wide variety of duties that include overseeing product launches and working with external third parties.”

This is Cena’s second wedding, he was previously married to Elizabeth Huberdeau from 2009 to 2012. The WWE star dated Bella for roughly 6 years but they split because he didn’t want children at the time and Nikki wanted to start a family.