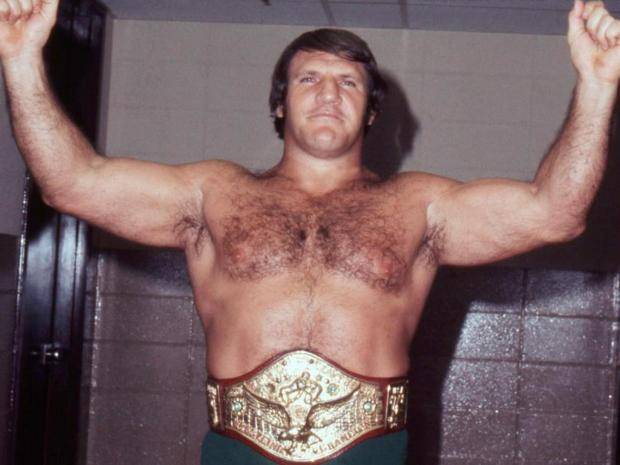 Bruno Sammartino dead: WWE Hall of Famer dies, aged 82
Professional wrestling legend Bruno Sammartino died Wednesday at 82, Fox News reports.
Sammartino, a WWE Hall of Famer, was known as one of the greatest professional wrestlers of any era and one of the ultimate good guys in the ring.
Sammartino grew up in Abruzzi, Italy and lived under Nazi occupation during World War II. He and his mother hid out in Valla Rocca during the occupation and eventually joined his father in Pittsburgh in 1950.
“The Italian Superman” started to hit the weights in the late 50’s and caught the eye of Vincent J. McMahon – one of the pioneers of American professional wrestling.
Sammartino quickly became a fan favorite after defeating Buddy Rogers in 43 seconds at Madison Square Garden in 1963 to become the second-ever WWE champion.
Samamartino held the WWE title for nearly eight years and became a household name over the course of his career. He had his rivalries with some of wrestling’s famous names, including George “The Animal” Steele, Gorilla Monsoon and Killer Kowalski.
He would lose his title to Ivan Koloff in 1971, but eventually won it back two years later becoming the first two-time WWE champion. He held the title for three-and-a-half more years.
He would retire from in-ring competition in 1981 and would join Vincent K. McMahon as a broadcaster in the mid-80s.
WWE inducted him into its Hall of Fame in 2013 at Madison Square Garden – the 188th time he would be showcased at the World’s Greatest Arena.
Sammartino is survied by his three sons and four grandchildren.
--Advertisements--