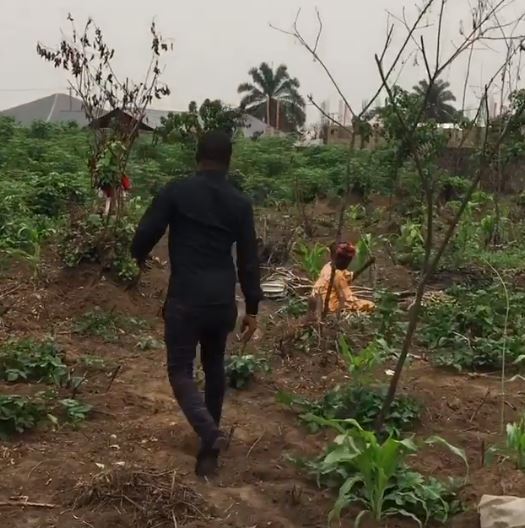 Julius Agwu silently walks towards his mother at the farm
A Video has shown the moment popular Nigerian comedian, Julius Agwu paid his mother a surprise visit at the farm where she was working.
Agwu shared the Video himself on his Instagram page. In the video, he is seen walking silently to his mother who is sitting a little way ahead of him totally oblivious of his presence.
As he tiptoes towards the older woman, he stops to give a signal to who is filming him to be careful not to alert her. He then continues walking to where she is.
The woman can be seen with a cutlass in her hands as she works away while sitting in the ground.
When he finally gets to her, Agwu bends over his mother until she realizes someone is behind her and then turns around, startled. A big smile appears on her face as she sees her son.
Agwu captioned the Video thus: "Waaao #BigSurprise for #MamaJee in Choba farm.
"No Matter What you do, you can NEVER STOP her from going to the farm. It keeps #MamaJee Strong" 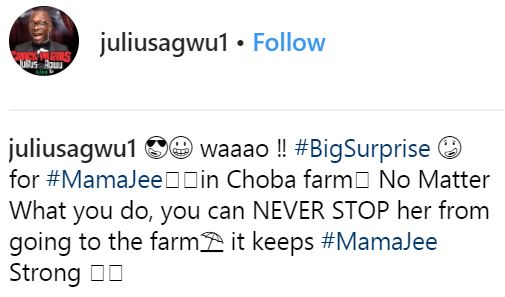 Watch the Video below: