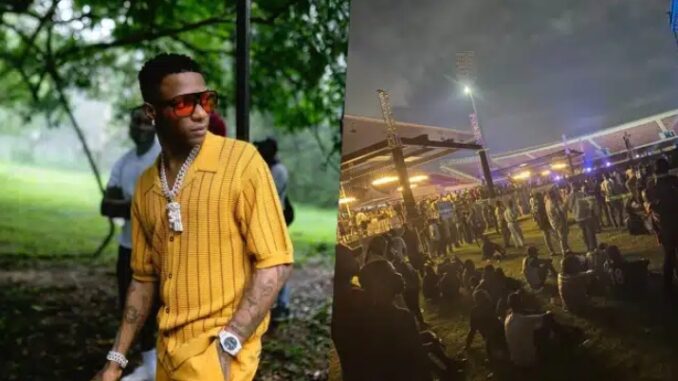 Ghanaians express their heartfelt pain following the absence of the superstar Nigerian singer, Wizkid, at his concert in Ghana.

Fans of the singer had anticipated an energetic performance at the show, Wizkid’s Live Accra, only to walk away from the event with disappointment.

In a series of reactions via the micro-blogging platform, Twitter, some fans who had complained about low turnout at the show eventually exited the premises at some point.

Wizkid, however, is yet to address his reasons for standing up to his fans despite his official DJ‘s appearance at the event.

“This certainly will go down as the worst ever music concert to be held in this country.. herhh squad bore oo.. Big Wiz no show up, the whole thing scatter.. mic, sound, light😕. Instead of Wizkid, we had Dj Tunez and Pocolee.eiii,” a concerned fan wrote.