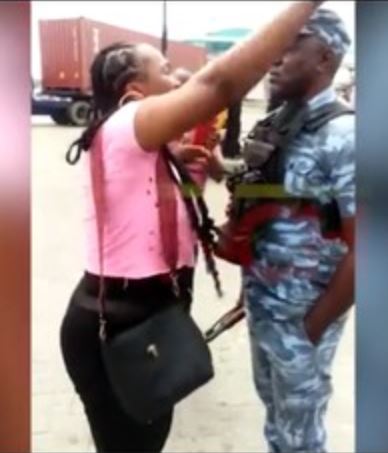 A Nigerian woman has been captured on camera assaulting a policeman.

She was seen assaulting the policeman in the FESTAC area of Lagos.

The woman shouted in the face of the policeman and held his uniform, angry that he had threatened to shoot her.

Despite efforts to calm her, she kept on pulling at this clothes and screaming at him.