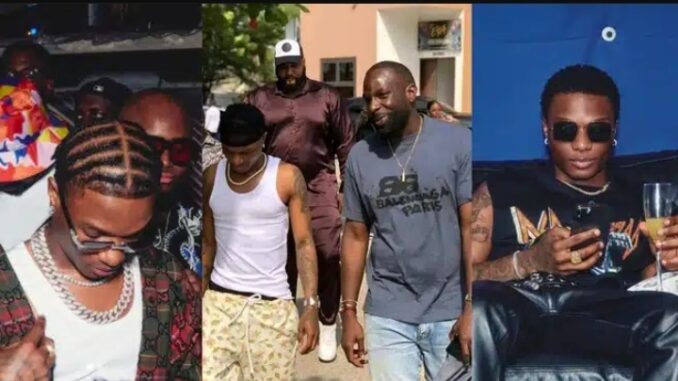 Famous Afrobeats singer, Wizkid has been spotted hanging out in Cotonou with Lionel Talon, the son of the president of Benin Republic.

It would be recalled that the singer had failed to appear for his concert in Accra which was slated for 10th December, 2022.

New video has surfaced which captures the singer moving about in Cotonou with the president of Benin Republic’s son, Lionel Talon.

Wiz was seen sporting his recently debut cornrow hairstyle in the clip.