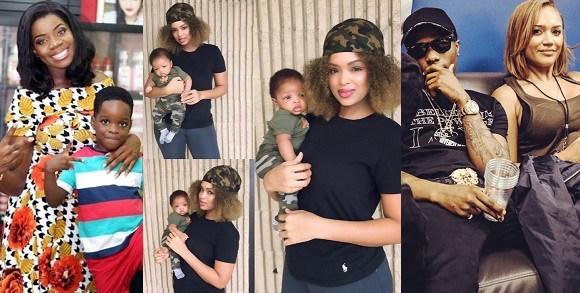 Wizkid, his babymamas and kids
While speaking in an interview with Urban FM, multi-award winning Nigerian singer, Ayodeji Ibrajim Balogun, popularly known as Wizkid, revealed that he would love to one day get married and if opportunity presents itself, he will get married to his three baby mamas.
The Starboy boss who was answering questions concerning his relationship with record label mates, R2Bees, also got to confess his love for Ghana, and revealed that he would love to relocate to Ghana at a later point in his life.
“I feel like when I get old like my young girlfriend I’ll just relocate to Ghana by the beachside,” he said.
Wizkid also spoke on his relationship with all the women in his life, and when asked if he would ever marry, he reportedly said if all the women in his life decide to marry him someday, he would marry all of them. 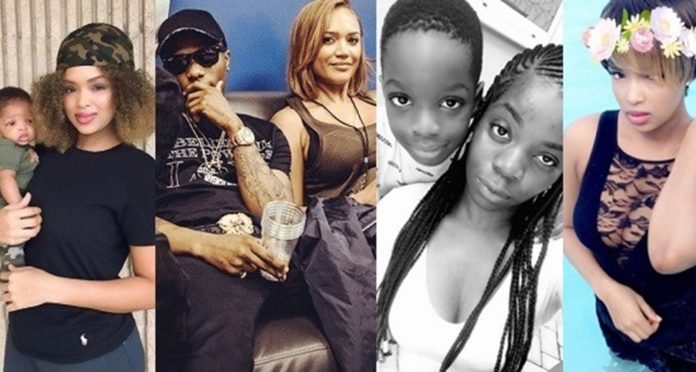 The singer has three baby mamas who gave birth to his three sons. Sola Ogudu who at the age of 19 met Wizkid and soon enough was pregnant with him. He and Sola have a cordial relationship and the pop star is much involved in the life of their son, Boluwatife.
Binta Diamond Diallo is the singer’s second babymama, who in January 2016, revealed that Wizkid was the father of her newborn baby son. Wizkid had denied this but Diallo remained adamant. She is the mother of Wizkid’s second son, Ayodeji.
Jada Pollock is the singer’s 3rd babymama who gave birth to his third child, Zion. Jada also doubles as Wizkid’s manager which was the reason a lot of people didn’t take note of their relationship as they shocked fans when the news of the birth of their son broke.
--Advertisements--