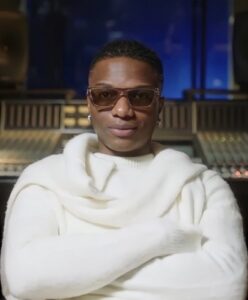 Nigerian singer, Wizkid has recorded his first 200m million views for a video.

The No Stress singer achieved this feat with this controversial 2019, hit song, Joro. 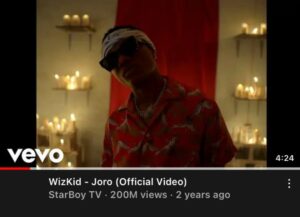 With this, Wizkid has now joined the likes of Davido and Burna Boy who has two music video each that has surpassed 200 Million views. Davido has ‘Fall‘ while Burna Boy has ‘On The Low‘.