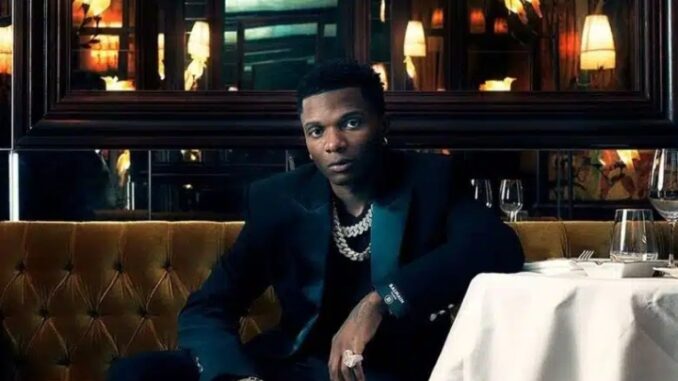 Internationally recognized singer, Wizkid Balogun, announces free show performance while clarifying his statement about having a final show in Lagos in 2022.

It would be recalled that the singer once made the announcement that his December show in Lagos would be his last.

During his concert on Christmas Eve, Wizkid eased the tension in the air by stating his actual intention.

According to Wizzy, he meant it in a good way and because of his love for Lagos fans, he intends to give them a free show henceforth.

In his words, “I have to start finishing my statements cos dem dey misquote me. What I really meant was, with the kind of love you all show me; it is very unfair to do shows around the world and come back to make you guys pay to wacth me. I wanna make a promise tonight; this will be the last time you will pay to see me.”

Listen 👂!! Wizkid says this is the last time lagos Fc will have to pay for his show 😁pic.twitter.com/xBLI2r2BrX