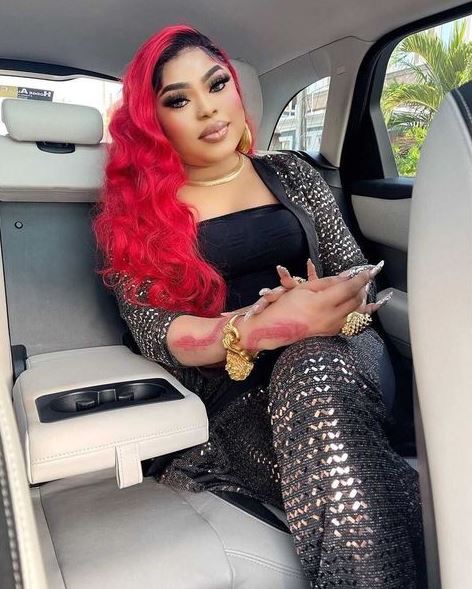 Crossdresser, Idris Okuneye a.k.a Bobrisky has hailed superstar singer, Wizkid for not flaunting his wealth and living a low-key lifestyle.

Noting that Wizkid bought a private jet and did not make an announcement of it, the crossdresser maintained that social media would have been noisy if it were the singer’s colleagues who bought the jet.

On Twitter he wrote: “I told u people lowkey life is the best and no one lives that life better than Wizkid.

“Wizkid bought private jet and did not make noise. If is others we will not hear anything again.” 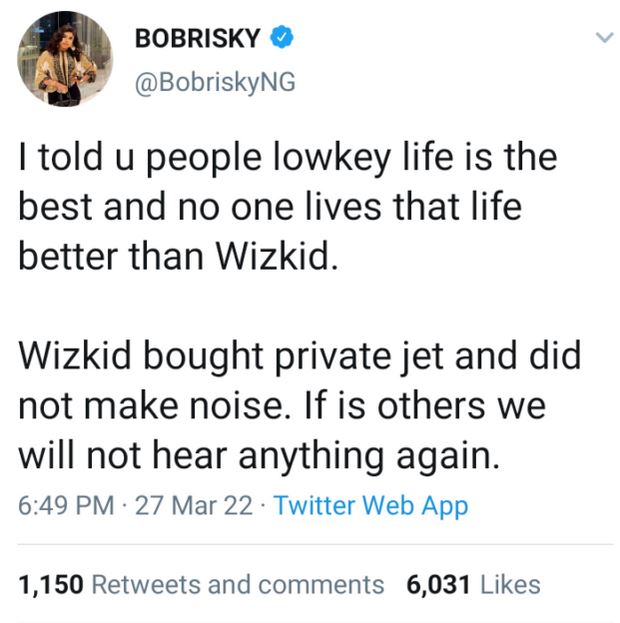 Meanwhile, the public knowledge of Wizkid’s private jet came after the award-winning singer apologized to his fans in Puerto Rico for coming late to the Afronation Concert.

Speaking on stage, Wizkid had said: “I am so sorry for coming late it was my pilot, and my Private Jet.”

“Money Is Good In This Life” – Actress, Bisola Says As She Enters A Private Jet For The First Time (Video)