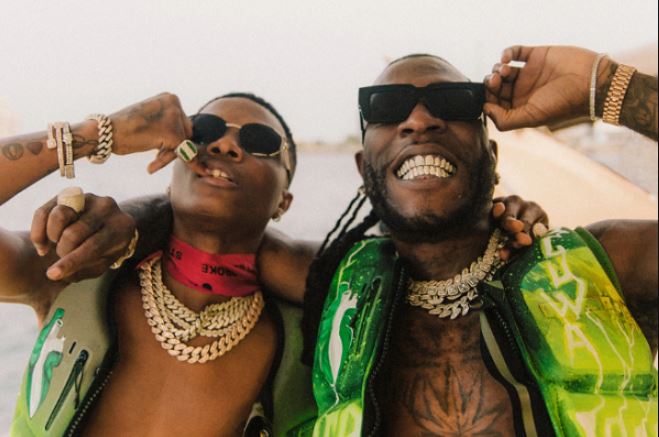 The many fans of world-famous Nigerian singers, Burna Boy and Wizkid have been gushing after the duo linked up at the Dior fashion show in Los Angeles.

They were captured in a video having fun in a blue lit room as they exchanged pleasantries.

It appeared that because of the loud music, the duo had to talk into each other’s ears.

Netizens have since gone agog over the romance.