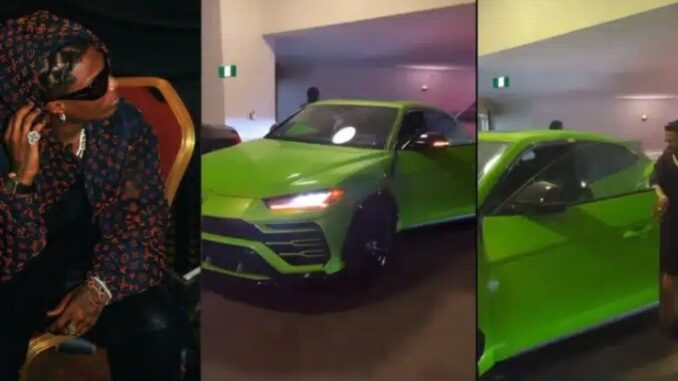 This comes after his colleague in the entertainment industry, Burna Boy took delivery of a brand new Maybach he got himself for Christmas.

In a video making rounds on social media, Wizkid was spotted trying out his new Lamborghini Urus estimated to be worth over a hundred million naira.

The singer who was shirtless was all smiles while taking his new car collection for a spin on the street of Lagos.

Fans and well-wishers of Wizkid were however surprised that he never made the announcement officially via his page except for his associates that shared the video.