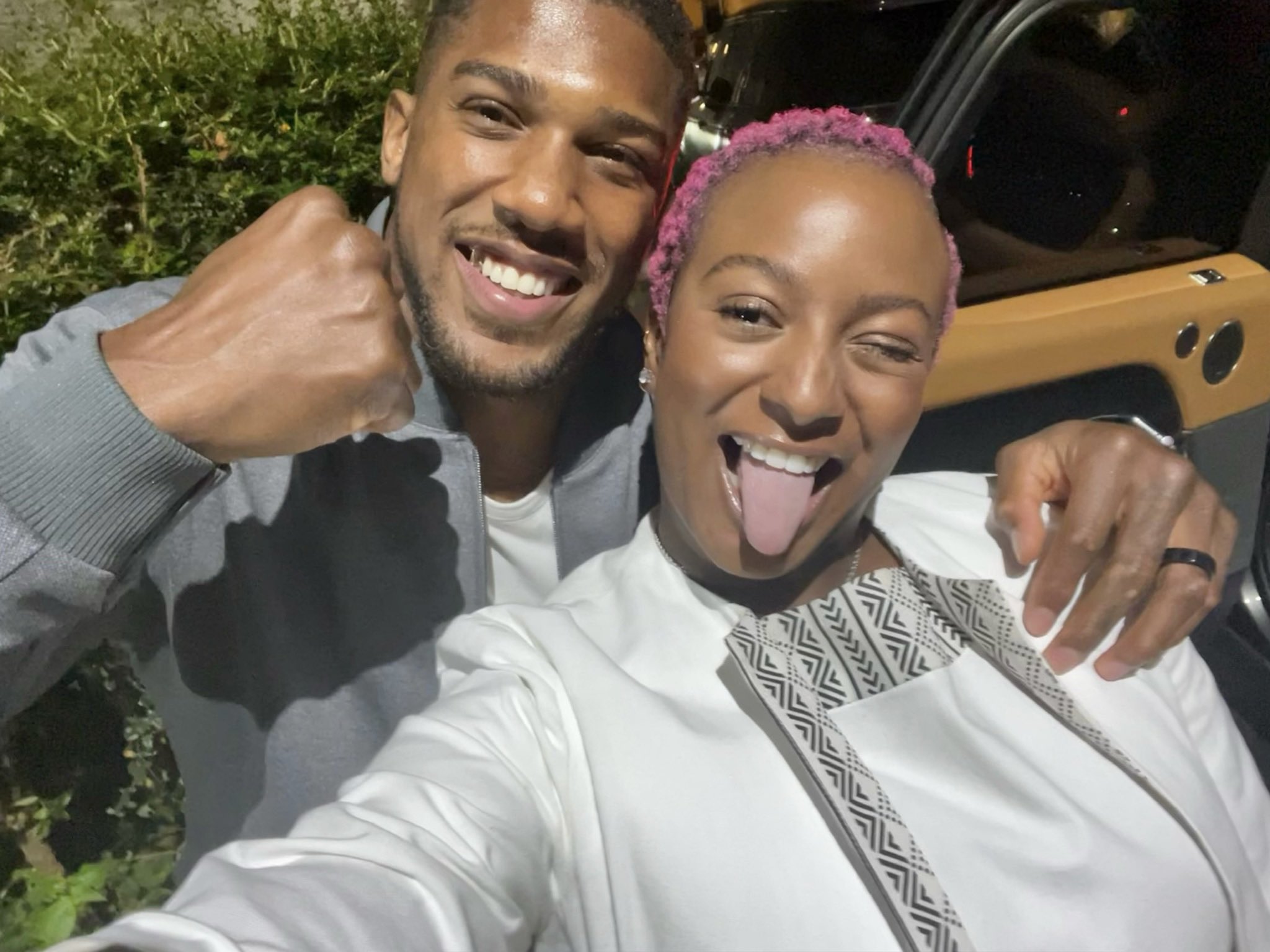 Nigerian musician, Florence Otedola who is widely known as DJ Cuppy has sent out some soothing words to the renowned boxer, Anthony Joshua.

Her words come just a few days after the boxer lost his heavyweight title in a boxing match by losing to the Ukrainian boxer, Oleksandr Usyk.

Taking to her verified social media handle on the popular social media platform, Twitter, the award-winning music personality shared a photo of herself and Anthony Joshua and added the words;

“So PROUD of Femi! WITH or WITHOUT belts, ALWAYS my CHAMP 🥊 🥇 @AnthonyJoshua
👏🏾 Oh and before I forget, FUCK the HATERS!” 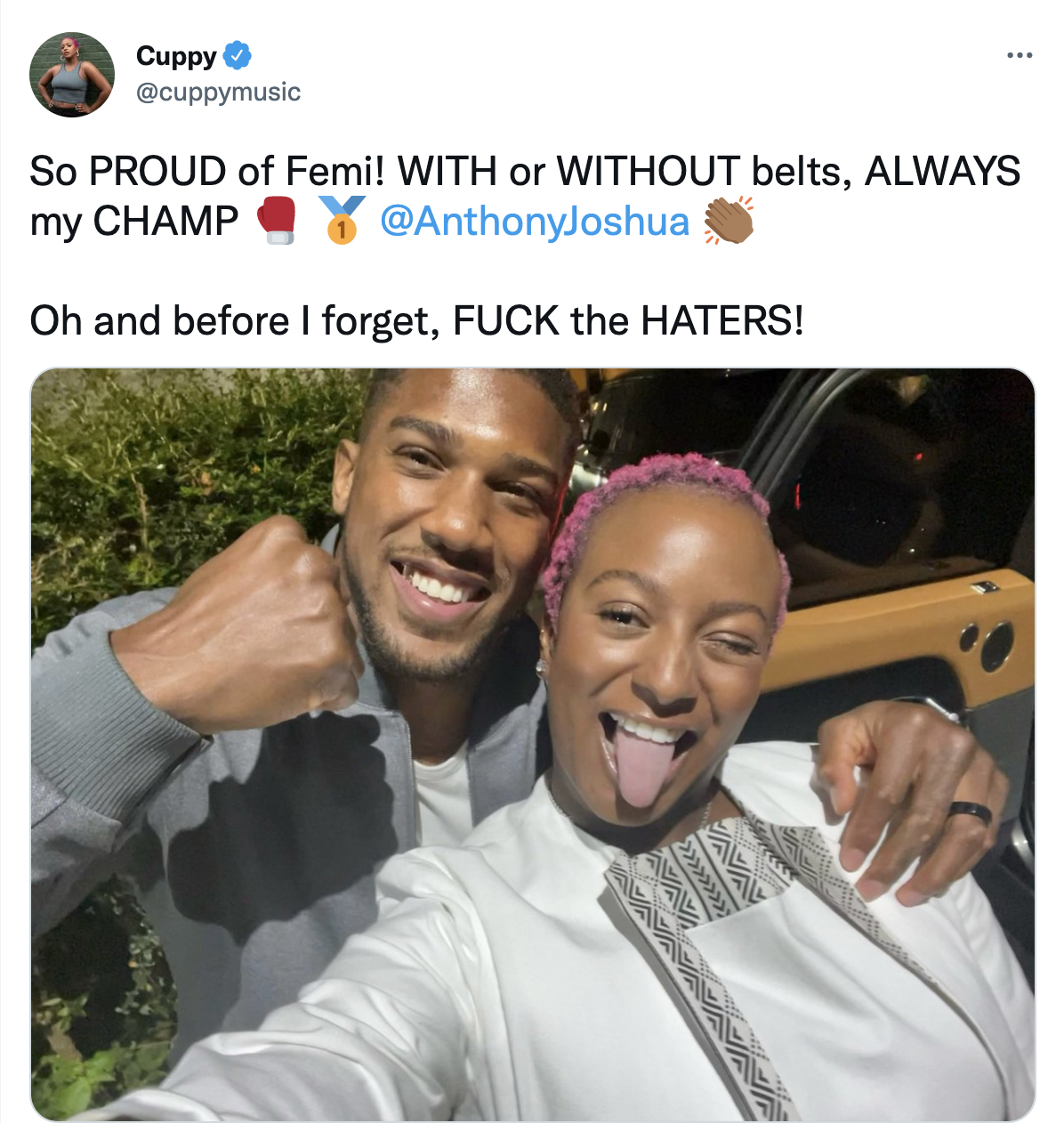 @DanielRegha – Cuppy, two Nigerians lost their matches but u only showed support for AJ. Is Kamaru Usman not a Nigerian? U have a se!f-centered attitude which is very d!spleasing; U barely celebrate fellow Nigerians anytime they win or stand with ’em when it matters most. W¤rk on ur attitude.