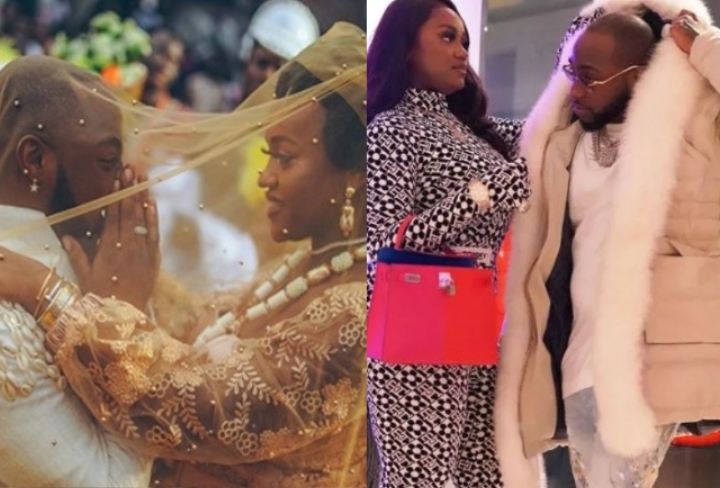 It was reported on Thursday, January 5th that he paid the bride price at Chioma’s family home in Owerre Nkworji Ezeala Odu, Nkwerre Local government area of Imo State.

The couple were reported to have done their traditional wedding in November 2022 after the passing of their 3-year-old son.

Photos and videos from the occasion shows Chioma’s father performing the umunna rites and umuada rites.

Barely a day after the engagement rites were concluded, Wikipedia updated his page with the write-up ‘Davido married Chioma Rowland on November 6, 2022.’

In the column for spouse(s) on his personal profile, Chioma Rowland was named as Davido’s wife.