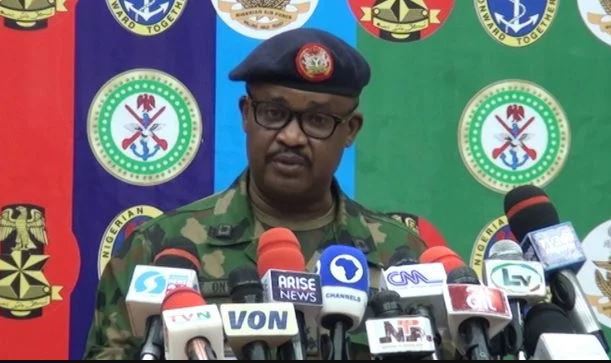 The Nigerian military has said it is working on the process of declaring leaders of terrorists and Islamic State of West Africa Province terrorists wanted, The PUNCH reports.

The Senate on February 21, 2022, urged the Federal Government to urgency, declare all known leaders of terrorists wanted.

Asked why the military had yet to declare terrorists and ISWAP leaders wanted and make their names and images public, as done in the case of Abubakar Shekau and other Boko Haram fighters, the Director, Defence Media Operations, Major General Benard Onyeuko, said the process was being reviewed. He added that their names and pictures would be released to the public soon.

He said, “We are working on it. The process is being reviewed. Some of them are being taken out. Very soon, you will see new posters.”

He said, “We are aware that IEDs are being used, this is not the first time. We are on top of it. We are working against this and we are stepping up our operations.”

Instagram celebrity Opa6ix and four others declared wanted for fraud