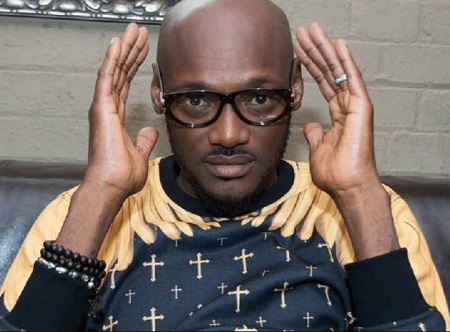 Innocent Idibia, popularly known as 2Baba
To say that wishy-washy songs have now flooded the Nigerian music market would not be far from the truth; little wonder Innocent Idibia, popularly known as 2Baba is of the same opinion.  In a chat with E-Daily, the singer proved his worth as an afro-pop music legend when it comes to diagnosing challenging issues in the Nigerian music industry.

“The crap music all over the place now is because the gate keepers play good songs when people are asleep at night; when there is no one to listen to the music. So if you do that kind of music and you take it to the radio and they refuse to play it, what do you do? And most of the financial back up artistes get is from people who want to make their money back immediately. People are afraid of investing their money on artistes who sing good music.

"Though the music will still be entertaining but the ear of the people has changed. You and I know that on a normal day it is good music we listen to, except when we go to parties. The youths have their mind tuned to the kind of music being made now; it’s difficult to remove it. It has to be a deliberate action to do so”,

Speaking further, he took a swipe at the National Broadcasting Commission, lamenting how the regulatory body’s value systems have changed drastically.

Apple Turns into First Company To Hit $3 Trillion Market Worth