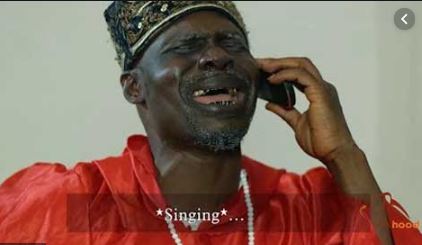 Popular actor, Olanrewaju Omiyinka, popularly known as Baba Ijesha, has opened up on why he returned to school to get more education.

According to him, he didn’t take a break from acting but decided to concentrate on his studies. The actor said, “I am back in school, studying Theatre Arts at the University of Lagos. I didn’t want to be acting and schooling at the same time, because acting requires a lot of attention. However, I didn’t take a break from acting. I have been careful about the kind of movies I appear in. These days, I read comments online from fans complaining about the quality of our movies.

Being educated is the best investment one can make in life. Though education is not necessarily the key to wealth, it is needed to be respected in our society. Education didn’t make me successful; my talent did. I went back to school to be able to enlighten myself and step up my game. I am in part four currently and it’s a five-year course.”

Speaking further, the actor urged his colleagues in the Theatre Arts and Motion Pictures Producers Association of Nigeria not to get frustrated, adding that positive changes are coming soon. “Our people shouldn’t get tired. Change is gradually coming.

Iyabo Ojo recently spoke on the issue and I respect her views. Every association has its flaws, and it’s just because we are in the limelight that ours seem so noticeable. Mr Latin’s leadership will lead to changes in TAMPPAN. I know him and his attitude. Let us forget about the past rifts. You will agree with me that changes are gradually being felt in the industry,” he said.