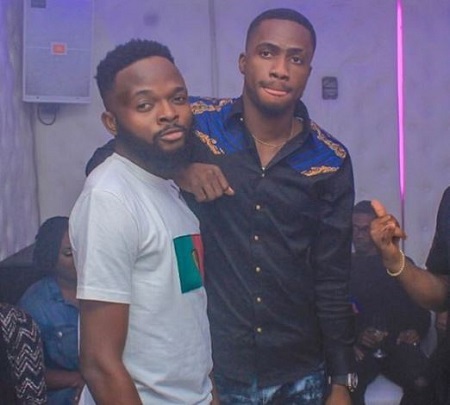 While some felt it was a good deed by the comedian, many others believed that it was a publicity stunt. Some even suggested that Josh should buy himself a car before giving one to his friend.

However, in a chat with Sunday Scoop, Josh2funny revealed that he had bought two cars for himself before deciding to give one to his friend. Tracing the genesis of their relationship, he said, “It is very normal for people to think that my gesture was a publicity stunt because of the type of industry that we’re in. When I bought my first car, I did not post anything about it online neither did I do that for my second car. I just wanted to appreciate my friend for his loyalty. We have been together now for over 10 years. We met at the Mountain of Fire church branch at Mushin, Lagos; we were both in the drama group.

"At a time when people in the group went on with their lives, we stuck together. From there, we both joined a dance group. However, at a time, Kreb had an accident that resulted in a dislocation; so, he could not dance again. I then left the group because I was actually there because of him. I also used to be a music producer and we worked together. I had a studio in my parent’s home then and we always did things together. Many times, we would go around Lagos looking for one opportunity or the other. He has always been very loyal to me and it is not out of place for me to appreciate him.”

Meanwhile, Josh also maintained that his comedy brand goes beyond just dressing like a woman. He said, “People who follow me on social media know that there is more to me than just putting on female clothing. Recently, I started a new movement called, #ThinkAboutIT. It is a motivational tour that would see me visit many schools to motivate students. There are a whole lot of things I would be doing this year.”

Been my friend for 10 years, very loyal to a fault, I mean when we started this hustle we been plenty but as the hustle got tougher they all left, we started with a dance group, then our studio in mushin, then music and rap that ddnt blow, days when we go lap for bus and keke, days we paid to perform, my realest gee… I could go on and on baba, I don’t have much now, but I really swear to do this for you, this is a token of appreciation to a loyal man like you! God bless you @bellokreb the man after my kidney, OBIEZE! We are just starting.

Comedian Oluwadolarz Involved In A Car Accident In Lagos (Video)