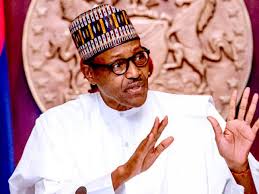 The Academic Staff Union of Universities (ASUU) has faulted President Muhammadu Buhari’s “enough is enough” comment in which he described the ongoing five-month-old strike as unacceptable.

The union, in a statement made available to Daily Sun, said his lamentations of the prolonged strike are unconvincing and that it is an indication that the president is just woken up to the reality of the five-month industrial action.

The two-page statement signed by the Zonal Coordinator, ASUU Lagos Zone, Dr Adelaja Odukoya, said Buhari’s enough is enough comment made in Daura, Katsina State is merely wishful thinking and would not resolve the current strike unless he signs the renegotiated agreement.

The statement addressed to Buhari is titled: “Mr President Sir: When and why Enough cannot be Enough”.

Odukoya said it is with painful and heartfelt amusement that the union received Buhari’s comical statement yesterday that “enough is enough” about the ongoing five-month-old strike.

He said the industrial action by the union was occasioned and forced on university lecturers by the insensitivity, nonchalant disposition, ineptitude and indifference to the fate of public university education in the country under his leadership.

Odukoya reminded the president that other sister unions in the nation’s public university system, as well as unions in other tertiary institutions in the country, are also on strike for similar reasons, belied and exposed the ridiculous disposition and propaganda to paint ASUU black in the face of the Nigerian public who has seen through the shenanigan, deliberate, systemic and orchestrated agenda of the present government.

His words: “This is not only to undermine but to comprehensively destroy public university education in unpatriotic obedience to the slavish and destructive command of the neo-liberal high command to which the soul of this administration and her forbears seems to be irrevocably sold.

“The fact that the president unfortunately and sadly taken and embraced an attitude of mute indifference and unedifying quietude in the face of calamitous consequences of a neglected education the sector could foist on generations of Nigerians, including those yet unborn is a clear signpost of leadership failure.

“Nigerian public university students remain at home while our dear president and his cronies lavish valuable time on partisan party political activities, family egoistic ceremonies and global junketing, and to have finally woken up to address the issue of the national strike in the nation’s public universities in a season of Eid Adha celebration, a season that calls for utmost and supreme sacrifices exemplified by Prophet Ibrahim should elicit both spiritual and popular condemnation.”

According to ASUU, his choice of this solemn occasion to trade blames rather than making a sacrifice as the season demands appear more of a gross lack of understanding of the enormity of the crisis. Odukoya stressed that the usual window-dressing and buck-passing and inability to rise up to occasion affecting the country, particularly the nation’s education sector is rather unfortunate.

“Mr President sir, for ASUU this strike should not have lasted beyond the first week after it was declared because the issues at stake were neither new nor do they require rocket science to resolve given that there had been a Memorandum of Understandings (MOUs) and Memorandum of Actions (MOAs) as well as a duly renegotiated ASUU-FGN agreement completed way back 13th May 2020 before your government which you and your administration neglected and refused to implement and signed. “Our Commander –in – Chief, if only your administration has taken the sacred responsibility for education and the future of the Nigerian youth seriously, this latter-day unconvincing lamentation without doing anything would have been unnecessary. “Your Excellency, your position is to be on top of issues and solve national problems no matter how tough the situation instead of hopeless lamentation and sermonising.”

The zonal coordinator insisted that the various issues confronting the nation, including the ongoing strike in public universities, would not be solved by presidential lamentations but by executive actions induced by rare patriotism and nationalism.

He added: “Therefore Mr. president, saying that enough is enough is mere wishful thinking and will not resolve the present decadence in our universities nor stop the present struggle to reposition our public universities.

“For the records, Mr President, enough will not be enough in the struggle to reposition the public university education in Nigeria under this present administration and beyond as long as; the Nigerian public universities are reduced to glorified secondary schools for the production of poor quality and globally uncompetitive, rejected and unemployable graduates; Nigerian academics remain one of the poorest paid scholars not only in Africa but the world; our universities are unattractive to students and scholars from across the globe; universities in the countries are made constituency projects and mushroomed for political exigencies; Nigerian universities, no thanks to Integrated Payroll and Personnel Information System (IPPIS) are run as government parastatals; Nigerian universities are seen as profit- centres where government and its functionaries can obtain money to fund its excessive gastronomical greed.

“Mr President, the reason why enough cannot be enough is that you have failed to act presidentially to reposition the decaying and dying public university education in our beloved country. This struggle too shall continue despite the state’s tyrannical disposition which has since manifested in the use of starvation as an instrument of oppression and subjugation against our members by the refusal to pay our salaries in the last five months.”

Odukoya reminded the president that enough would not be enough until he does the needful and act presidentially by signing the renegotiated agreement before him, authorise the end to the use of IPPIS and the adoption of University Transparency and Accountability Solutions (UTAS), payment of outstanding allowances, stop the proliferation of universities and ensure the proper funding of public universities among other things.