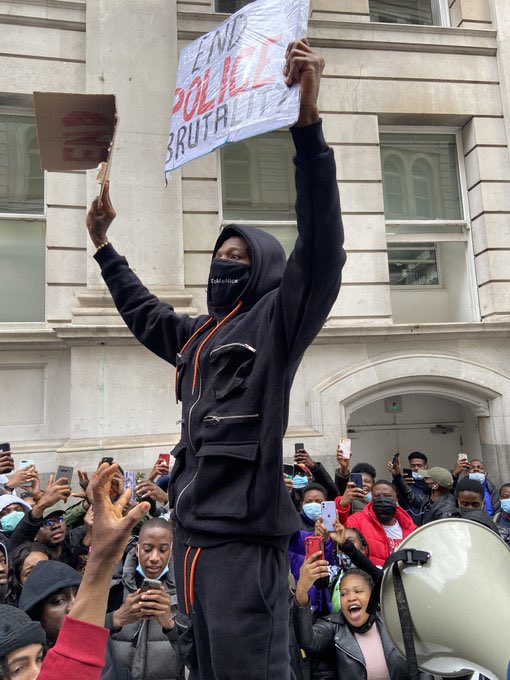 Nigerians are euphoric after the controversial Special Anti-Robbery Squad was disbanded by the Inspector General of Police and popular singer, Wizkid is not an exception.

Wizkid who joined the #EndSARS protest in London earlier, was caught on camera rejoining that the police unit has been disbanded following wide calls from Nigerians.

Videos of Wizkid at the protest in London showing him advising the youths have emerged on social media.

Another video of him celebrating the disbandment has caused a stir online. He is heard exclaiming ‘we won!’

Wizkid is so happy we won
Our voices finally heard
Sars disband pic.twitter.com/z4vXJSrg8N