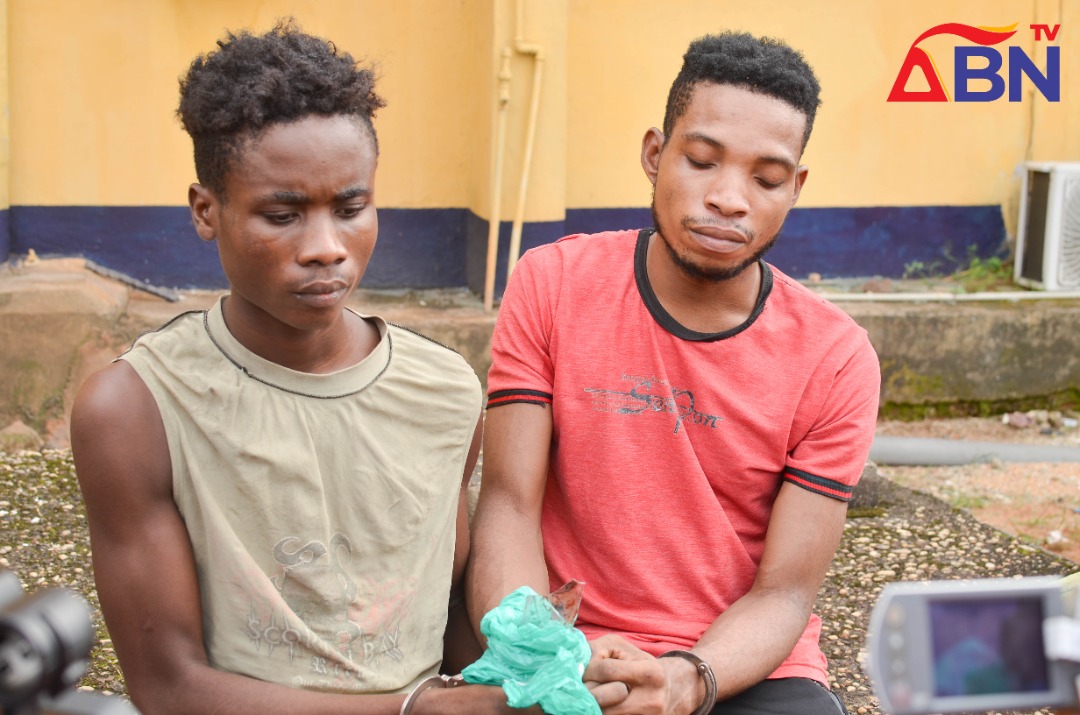 The suspects also sold the lady’s baby for N150,000 after killing her.

According to ABN TV, the duo confessed killing the deceased, saying they only administered eight pieces of piriton tablets to make her fall asleep before stabbing her to death.

The victim was killed in a room at Merry Home Hotels Ogbor Hill Aba on 15 April, 2022 by the suspects who also took her 11-month-old baby away.

In his confessional statement during the parade at police headquarters in Umuahia, one of the suspects, David Ogwo Orji, 21, a native of Ugwueke in Bende local government area of Abia State said the deceased was his girlfriend.

He had lured her into the hotel where he along with his accomplice, Chimaobi Anyim Kalu had concluded plans to kill her and sell her baby for N150,000

He said one Chukwuemeka James who is at large currently has facilitated a buyer for them who is ready to pay N150,000.

While claiming that it was not his intention to kill the lady before abducting her baby to sell off, he said Chimaobi Anyim Kalu was the one who threatened to kill him inside the hotel room if he fails to stab the deceased to death while she was fast asleep.

Upon his refusal, Chimaobi helped him in hitting the bottom of a broken glass cup to stab the deceased where she died instantly before he (David) made away with the 11-month-old baby to meet an already waiting buyer.