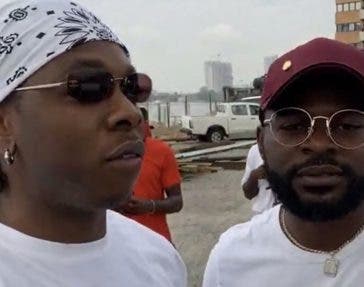 Some Nigerian celebrities are currently leading a protest against Special Anti-Robbery Squad (SARS) in Lagos State.

Falz and Runtown have all shared the videos of the protest on their Instagram live while marching alongside other Nigerians.

Recall that popular rapper Falz and sound god Runtown, vowed to lead #EndSars protest few days ago, after it was reported that singer Naira Marley called of the protest.

Today, Thursday October 8, Nigerian youths in Lagos joined the protest in their numbers as the call for the end of SARS intensifies.