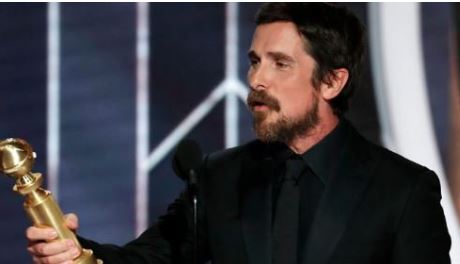 Christian Bale
Christian Bale, a popular English-American actor, thanked Satan while delivering his winner’s speech at the Golden Globes awards on Sunday.
The actor said Satan gave him the inspiration to play Dick Cheney’s role in the film ‘Vice’.
“Thank you to Satan for giving me inspiration for playing this role,” he said while on stage.
Watch video below.

Earphones, Airpods Are Designed By The Satan To Block Your Way Ahead – Bishop Oyedepo Tells Youths (Video)