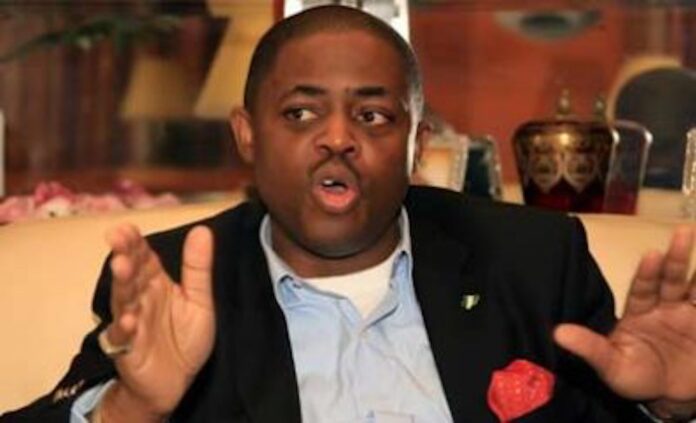 the former minister of Aviation, Femi Fani-Kayode is at it again, he is has been for controversies, recently, an Instagram blogger alleged him to have subjected his wife to domestic violence. the ex-minister verbatim denied the allegation and further threatened to sue the blogger for the defamation.

However, in a viral video circulating the social media platform, the ex-minister was spotted to be having a heated argument with his estranged wife Precious. In the process of stopping her to stop recording him, he violently pounced on her. The wife could be heard to be saying he should stop abusing her violently.

It will be recalled the minister was just getting out from social media backlash fro using foul languages to a journalist. The former lawyer took to social media to tender a sincere apology for his utterance.