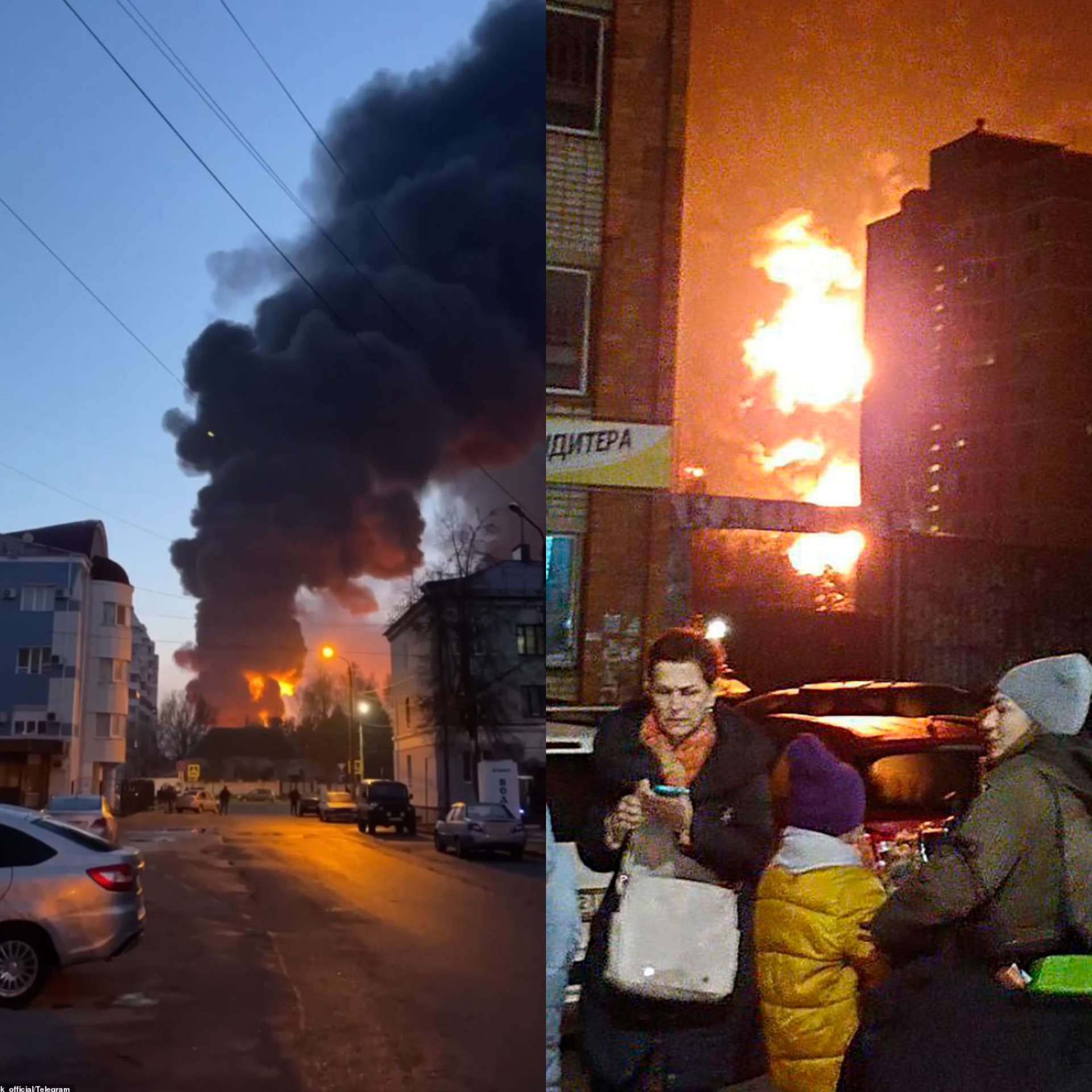 A huge explosion has rocked the Russian city of Bryansk after it was attacked by Ukraine.

According to reports, a huge explosion erupted on Monday, April 25 after an oil storage depot in the city of Bryansk was hit by a suspected military strike by Ukraine.

Ukraine has been facing barrage of missiles since Russia launched its invasion on February 24, and the country has had over 2 million people leave since the war.

Ukraine has been limited to defence and strikes within its territory since the war started but has now gone on an offensive with new weapons and artillery provided by the West to mitigate against Russia’s new offensive in eastern Ukraine.

According to reports, a second unconfirmed attack was reported at a military base in the area where a military unit of the 120th arsenal of the Russian Main Rocket and Artillery Directorate is located.

The oil storage depot is vital for supplying Russia’s troops in their surge to take control of the Donbas region of Ukraine.

Bryansk region shares borders with Ukraine and the city is 240 miles from Moscow.

Anton Gerashchenko, adviser to the head of Ukraine’s Ministry of Internal Affairs, was cited by the Ukrainian news agency Unian saying that people who live near the burning oil depot were being evacuated. 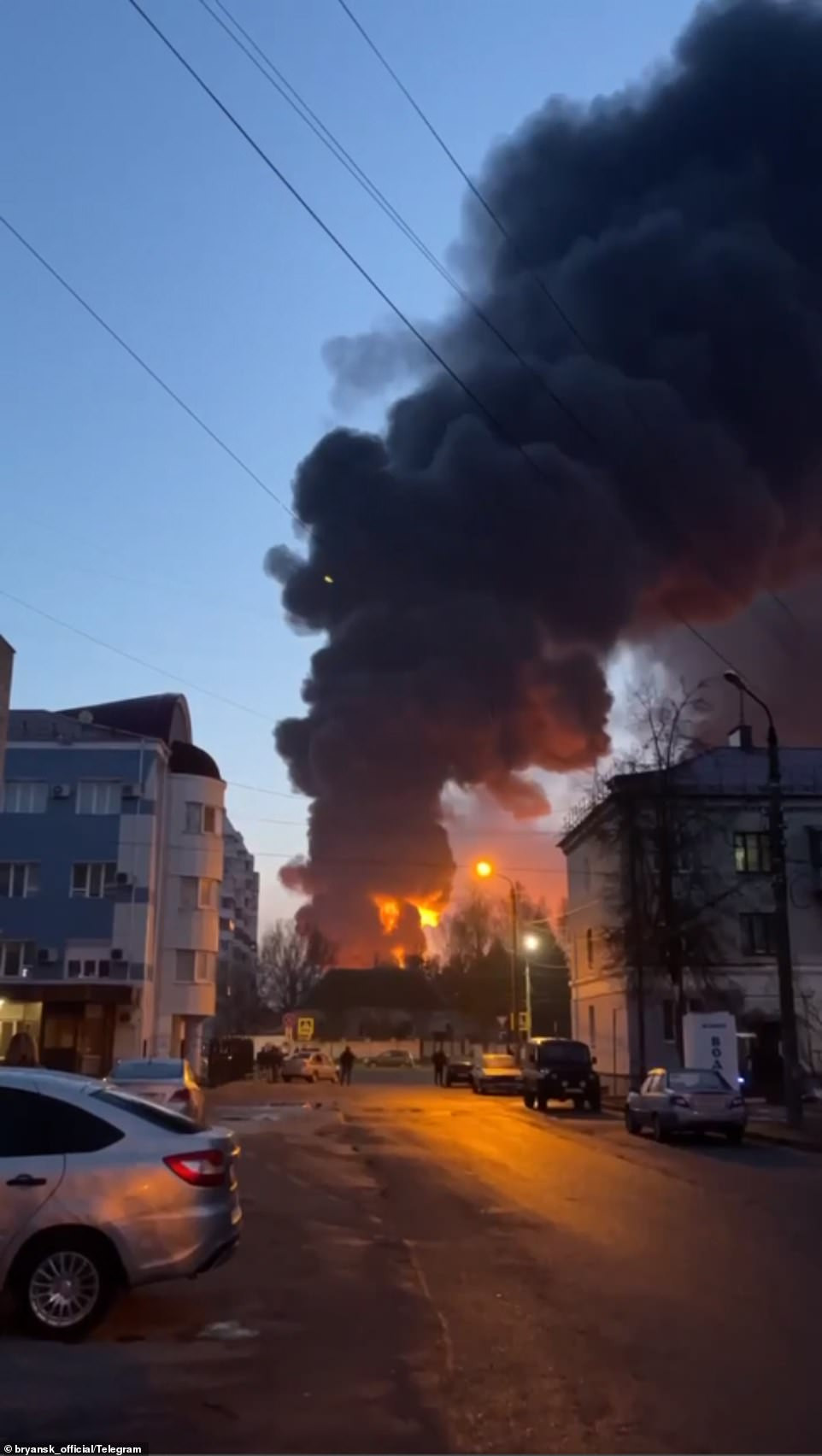