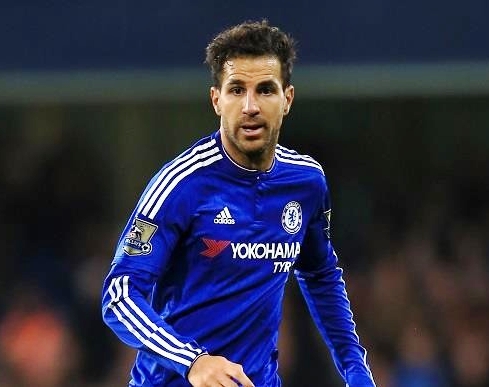 Cesc Fabregas
Chelsea star midfielder, Cesc Fabregas has admitted that he could make a return to Arsenal one day should the door be opened to him to return as a coach.
The 30-year-old started his senior career off with the Gunners after making the switch from Barcelona to England and had several successful years there, clinching the FA Cup.
However, he then made the switch back to Spain to rejoin the Catalan club before joining Arsenal’s Premier League rivals Chelsea in 2014, where he has just over a year left on his contract.
Potentially coming towards the latter stages of his career, the Spaniard is no doubt thinking about what life after playing football might be like, and he has opened the door to a potential move back to Arsenal.
Fabregas held a short Q+A session on his Twitter page, where he also stated his favourite goal and assist, and also about some of the great players that he has played with.
When asked on Twitter whether he would return to Arsenal as a coach in the future, he replied: ‘Of course.’
And Fabregas revealed that he could well be up for a return to the Emirates Stadium should they come calling for a coach. 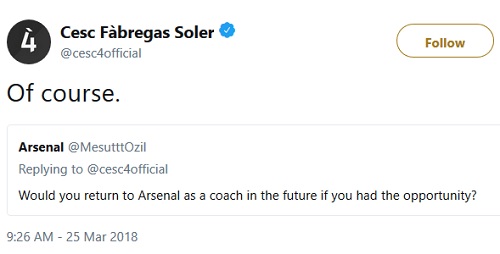