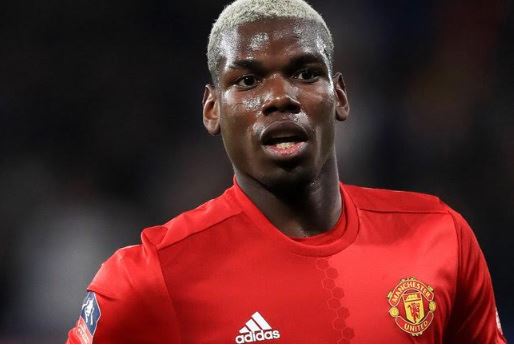 Paul Pogba
Manchester United midfielder, Paul Pogba, has admitted he would love to play alongside Neymar in the future.
In an interview with La Liga’s website two years ago, Neymar had praised Pogba and stated an ambition to play in the same side as the Frenchman.
“I remember [what he said]. I really like him, too,” Pogba told TyC Sports.
“He is truly the definition of joy on the pitch. He also has this…
“I know that in Brazil, football is everything. It’s life. Everyone plays football in Brazil. When I see him play on the pitch and enjoying himself, with his technique, his agility. I love to watch him play.
“It’s a different style. He has his own style.

“When you say Neymar anywhere in the world, everyone knows who he is and what he does. For me, it would be a pleasure to play with him one day.”
Pogba is believed to be unhappy at United  and might leave at the end of the season.
--Advertisements--