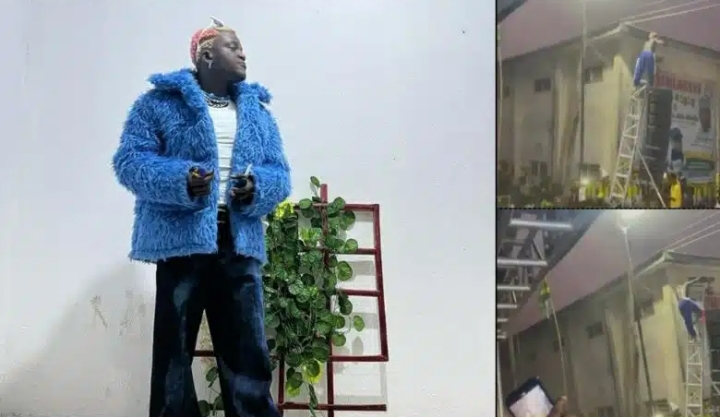 Famous sensational singer, Portable alias Ika of Africa, makes a scene at a show after climbing to the top of an unstable platform.

A video making rounds of social media captured the moment the Zazu crooner climbed a platform to entertain his fans.

This is not the first time Portable would climb to the top of a high platform to entertain his fans but almost fell off at his recent show.

The singer tried to stand on a set of arranged speakers which almost capsized after which Ika of Africa held on to a pole instead.

Irrespective of the disappointment of being unable to stand on the speakers, Portable held on to the pole where he screamed ‘wahala wahala.’