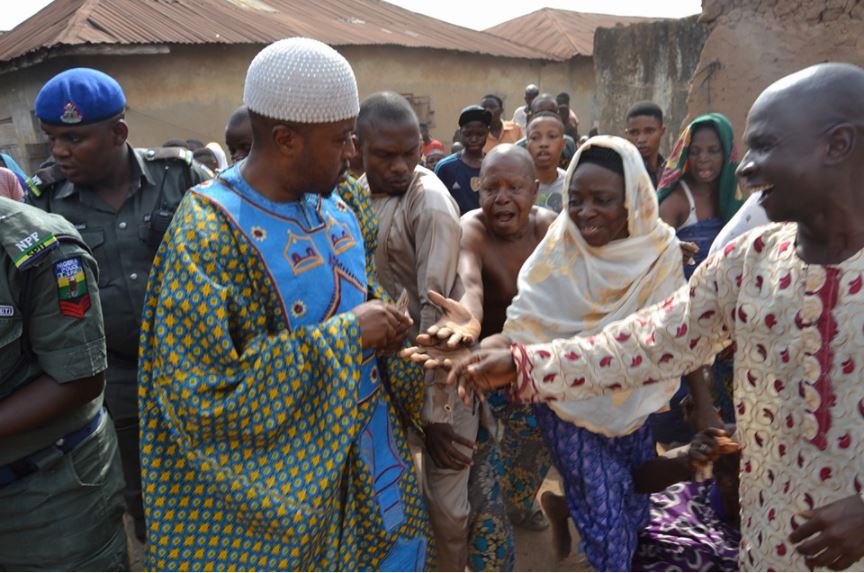 Oba Abdulrasheed Adewale Akanbi sharing some coins
A first class Yoruba traditional ruler in Osun State, the Oluwo of Iwoland, Oba Abdulrasheed Adewale Akanbi, caused a huge scene yesterday as he stormed his community, Iwoto distribute money to villagers.
The aged people and others came out in their numbers to receive their own share of the ‘blessing’. Oba Akanbi who noted his office is the entire city of Iwo, said he moves from his palace to anyone’s house not minding his or her status. 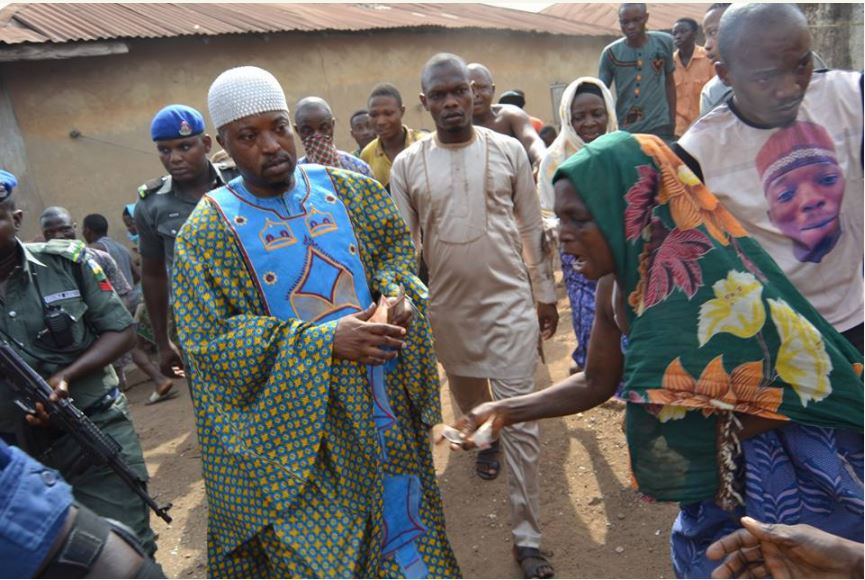 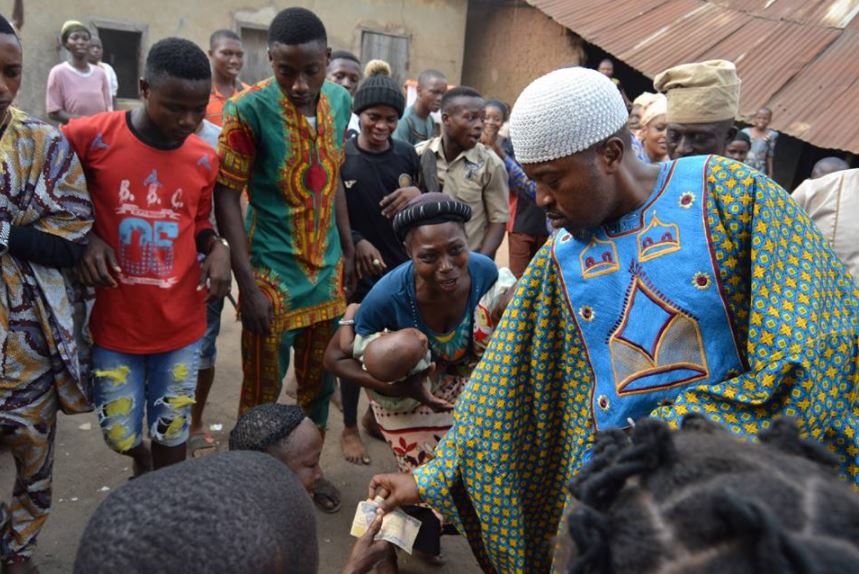 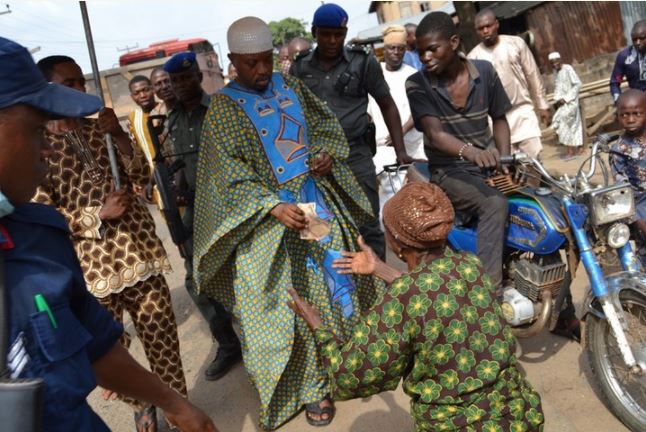 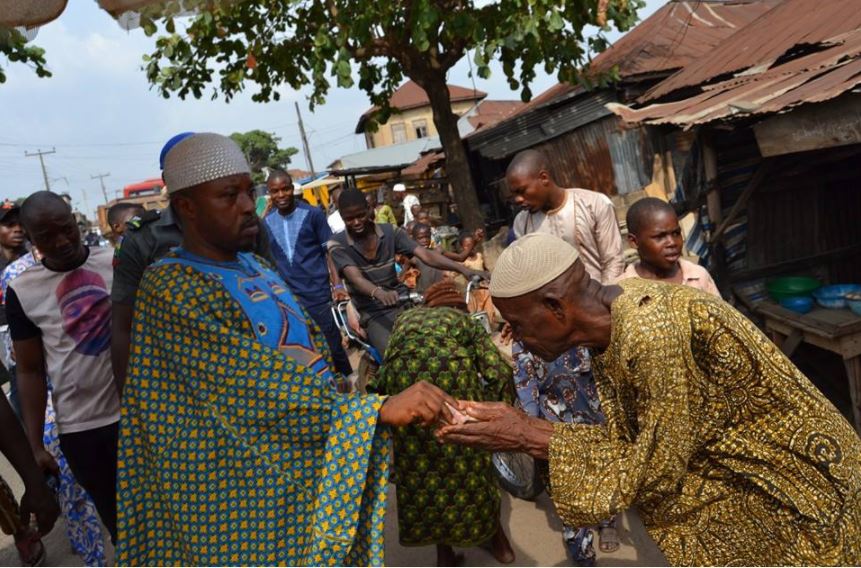 This is coming after the monarch adopted full Emir regalia and jettisoned his regular Yoruba dress. The monarch also banished some idols, particular the popular one that has been in the palace since time immemorial.
Oba Akanbi relocated the palace popular idol to another shrine in the town and resettled it there.
--Advertisements--