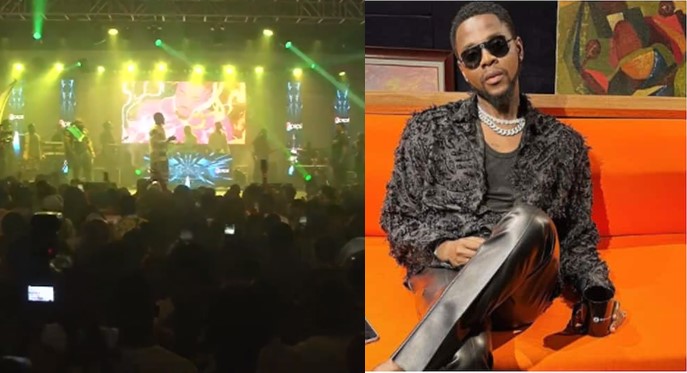 Top Nigerian singer, Kizz Daniel has finally performed at Tanzania days after he refused to show up for his concert in the country.

Fans who had gathered at the venue after paying as high as $5,000 (Five Thousand Dollars) grew irate after he failed to perform.

They trashed the place but it led to the singer’s arrest by Tanzanian police, though he claimed that he was not arrested but invited for questioning.

On Friday, he put on a sizzling performance for his fans in line with his promise to reschedule the concert to August 12, 2022.

A series of videos showing Kizz Daniel performing his hit track, Buga amongst other songs have surfaced on social media.