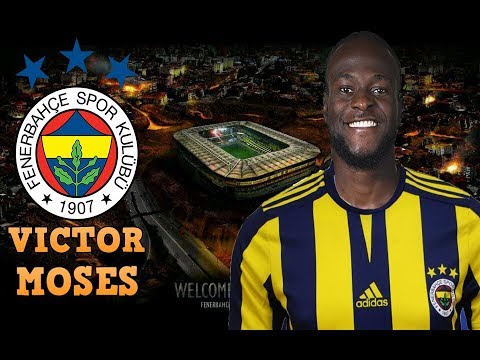 Moses has joined Fernabahce
Victor Moses has joined Fenerbahce on loan until the end of the 2019/20 season.
Moses, who joined the Blues from Wigan Athletic in 2012, was a key member of the Chelsea team which lifted the Premier League in 2017 and FA Cup in 2018, operating primarily as a right wing-back in a 3-4-3 formation.
This season, and a change of shape under Maurizio Sarri, has seen opportunities more limited for the former Nigeria international.
He made six appearances for the Blues in all competitions, but has not featured since late October. In total, he has made 128 Chelsea appearances, scoring 18 goals.
Moses, who is 28, now heads to Turkey for the fourth loan spell of his Chelsea career, and will be hoping to boost 15th-placed Fenerbahce’s league position.
Moses joined the Blues from Wigan in the summer of 2012, and in the busiest year in the club’s history featured 44 times in six different competitions, following up mid-season Africa Cup of Nations success by lifting the Europa League at the end of his first Chelsea campaign.
Moses spent the next three years on loan elsewhere in the Premier League with Liverpool, Stoke City and West Ham, before returning to Chelsea and earning a place in Antonio Conte’s squad after shining in pre-season.
Having come through as a winger, he was utilised as an energetic, creative and committed wing-back under Conte, helping us set records as we marched to the 2016/17 Premier League title.
Watch video below: