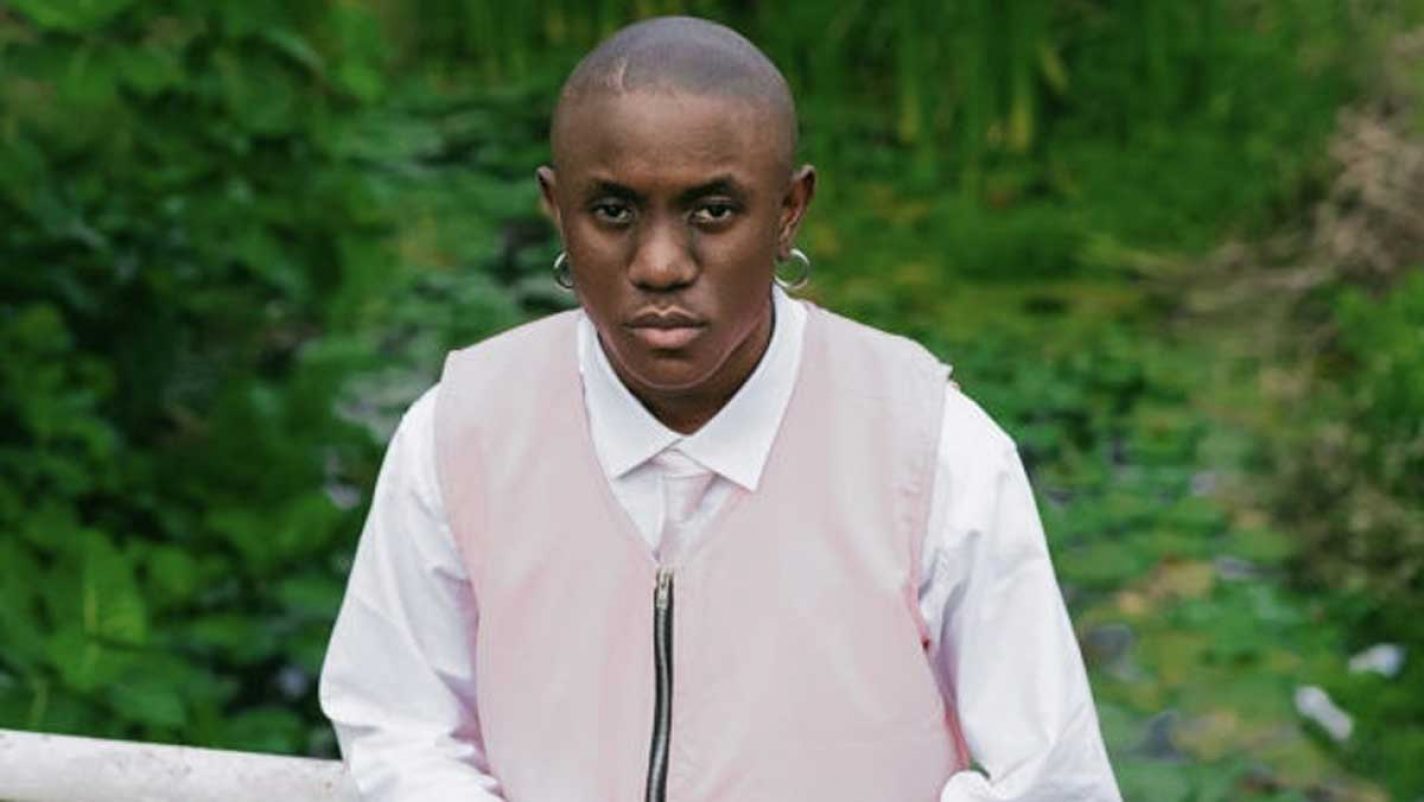 Afrobeat singing sensation, Anthony Ebuka Victor, better known within the showbiz circles as Victony has opened up on his journey as an independent artiste.

The multifaceted recording and performing artiste in a tweet reflected on the power of believing.

According to ‘Many Man’ crooner, he met his manager on Instagram, despite having no experience, the manager saw potential in him and helped him assemble a team that shared his vision.

Victont also stated that, majority of the members of the group are less than 25 years old yet the kept on believing and pushing.

“My journey as an independent artiste has thought me bout the power of believing. Met my manger on insta, no experience, but he believed & he put together a team that believed in the dream too. just a bunch of young minds, all under 25, pushing & believing he wrote.” 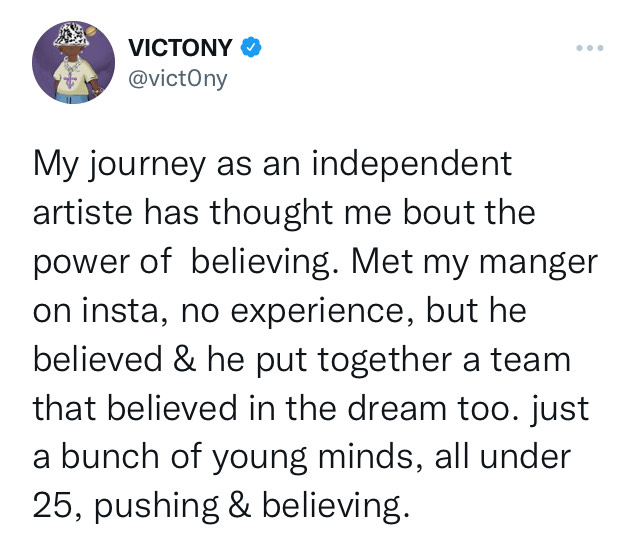