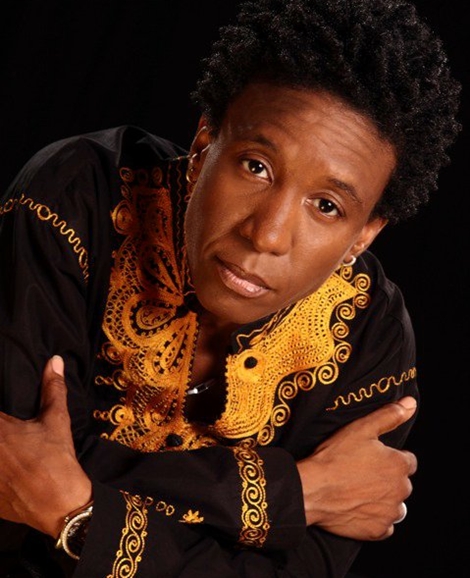 Weird MC
While speaking in exclusive interview with PUNCH’s Saturday Beats, the 47-year-old veteran Nigerian rapper, Shola Idowu, popularly known as Weird MC, who is known for her smash hits like ‘Allen Avenue,’ ‘Ijoya,’ has revealed that she would still love to have children of her own because she is a lover of kids.
The rap artiste who is currently in the UK said, “Right now, I am open to love, the love of God. All I would say is that everything would happen as he wills. Regarding having children, I came through someone, so someone has to come through me. I love kids a lot. I would love to have two. Growing up, there were six of us in the family, three boys and three girls; I do not know what the will of God is but I would love to have two children, a boy and a girl.”
The entetainer who has been off the radar since the death of her dear friend, Nomoreloss, whom she referred to as a brother, detailed how his death affected her, saying that it caused a void in her heart.
“The death of Nomoreloss brought a void to my life but it was not necessarily the reason I gave my life to Christ. Nomoreloss and I were very close and his death came as a big shock to me because we spoke a few days before his death. I went to London for about a month and only returned to Nigeria to perform at Darey Art Alade’s show.
"When I called Nomoreloss, he sounded happy to hear from me and even asked if I was back. We were all playing and joking. He told me that he was somewhere at Dolphin Estate, so I told him to accompany me to the concert. I was excited to hang out with him but he just told me to go and have fun. I didn’t know he was ill at the time but he did not want me to know about it.
"After his death when I asked his brother why I was not informed, he said he was sure Nomoreloss did not want me to see him the way he was because he probably knew how emotional I could be seeing him. We were very close; more like brother and sister relationship.
“On that Monday, I was so busy and coincidentally I was not on twitter which is very unlike me. I noticed that Alariwo had called me several times eventually I picked his call and the next question he asked me was if the news was true and I was lost because I did not know what was happening. He broke the news to me and I told him that I did not like that type of news because I still spoke to him a few days earlier.
"One of my personal assistants was with me and he also acknowledged his death but I ignored him because I did not believe it to be true. I went to a friend’s office, Jide, and he also confirmed the news to me but I still did not believe them, so I called Omobaba. When he confirmed the news again, I was so shocked. I remember going to the mortuary and insisting that I wanted to see him because it was like a dream and there he was just lying down. I was so shocked. All I could say was, ‘wow! So Muyiwa you are gone.’ It was a big shock to me,” she said.
--Advertisements--