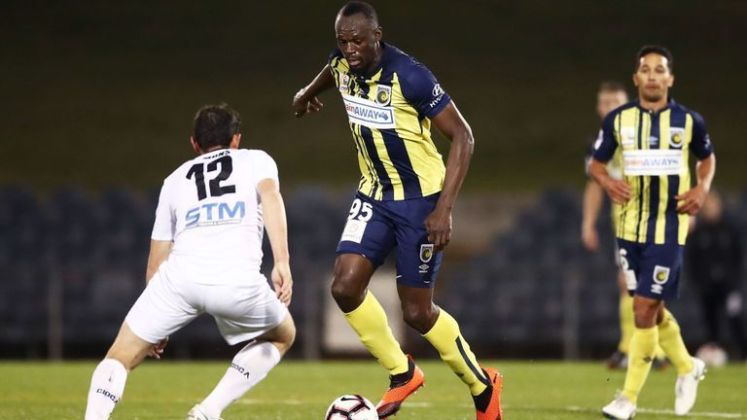 Record holding athlete, Usain Bolt has retired from football after failing to agree a contract with Australian side Central Coast Mariners late last year after a trial.

“I don’t want to say it wasn’t dealt with properly, but I think we went about it, not the way we should and you learn your lesson, you live and you learn,” he said.

“It was a good experience. I really enjoyed just being in a team and it was must different from track and field and it was fun while it lasted.”

MySportDab report Bolt, who won Olympic sprint gold medals in Beijing, London and Rio, said he will now focus on his business endeavors.

“I’m just doing many different things… the sports life is over, so I’m now moving into different businesses, I have a lot of things in the pipeline, so as I say, I’m just dabbling in everything and trying to be a business man now.”

“I think a lot of these athletes, I think it’s much easier now for them,” Bolt told reporters.

“When we were coming up it was a struggle.

Sergio Aguero retires from football as a result of heart issues