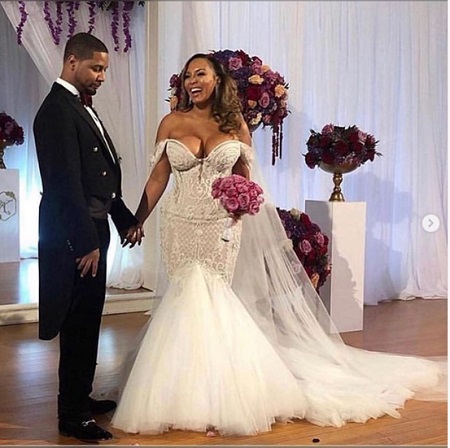 It was a packed house with family and friends, of which included names among the likes of Lil Kim, Maino, fellow Love & Hip-Hop castmates Joe Budden, Remy Ma and Papoose, as well as Santana’s fellow Dipset members Cam’Ron, Jim Jones and Freekey Zekey.

Santana proposed to Kimbella back in November during a Diplomats show at the legendary Apollo Theater in his hometown of Harlem. The concert was a celebration of the group’s Diplomatic Ties LP, which marked their first album together in 14 years.

The engagement came in the midst of charges the rapper was facing for reportedly fleeing Newark Liberty International Airport after TSA agents discovered a gun and oxycodone pills in his luggage earlier that year.

Santana was able to negotiate a plea deal and ultimately plead guilty to unlawful possession of a weapon and possession of a controlled dangerous substance. He has been sentenced to 27 months behind bars, though the date for the rapper to turn himself in does not appear to have been set.

Check out pictures of the wedding ceremony below. Congratulations to the beautiful couple! 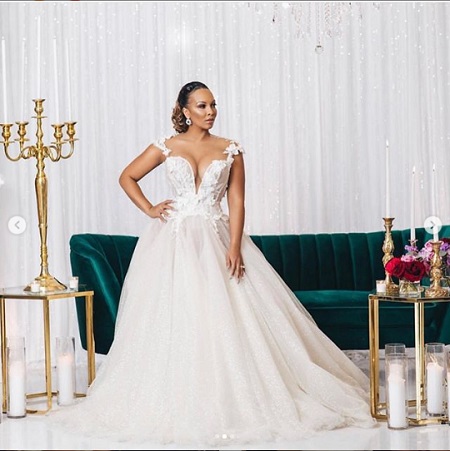 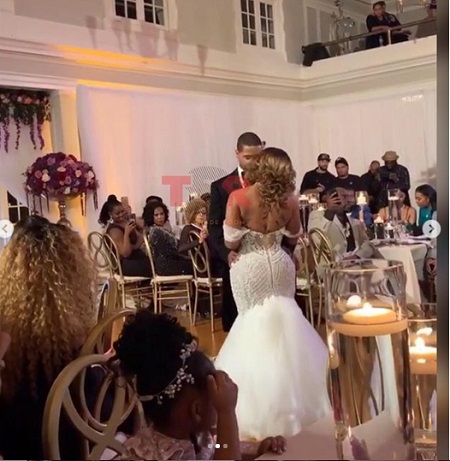