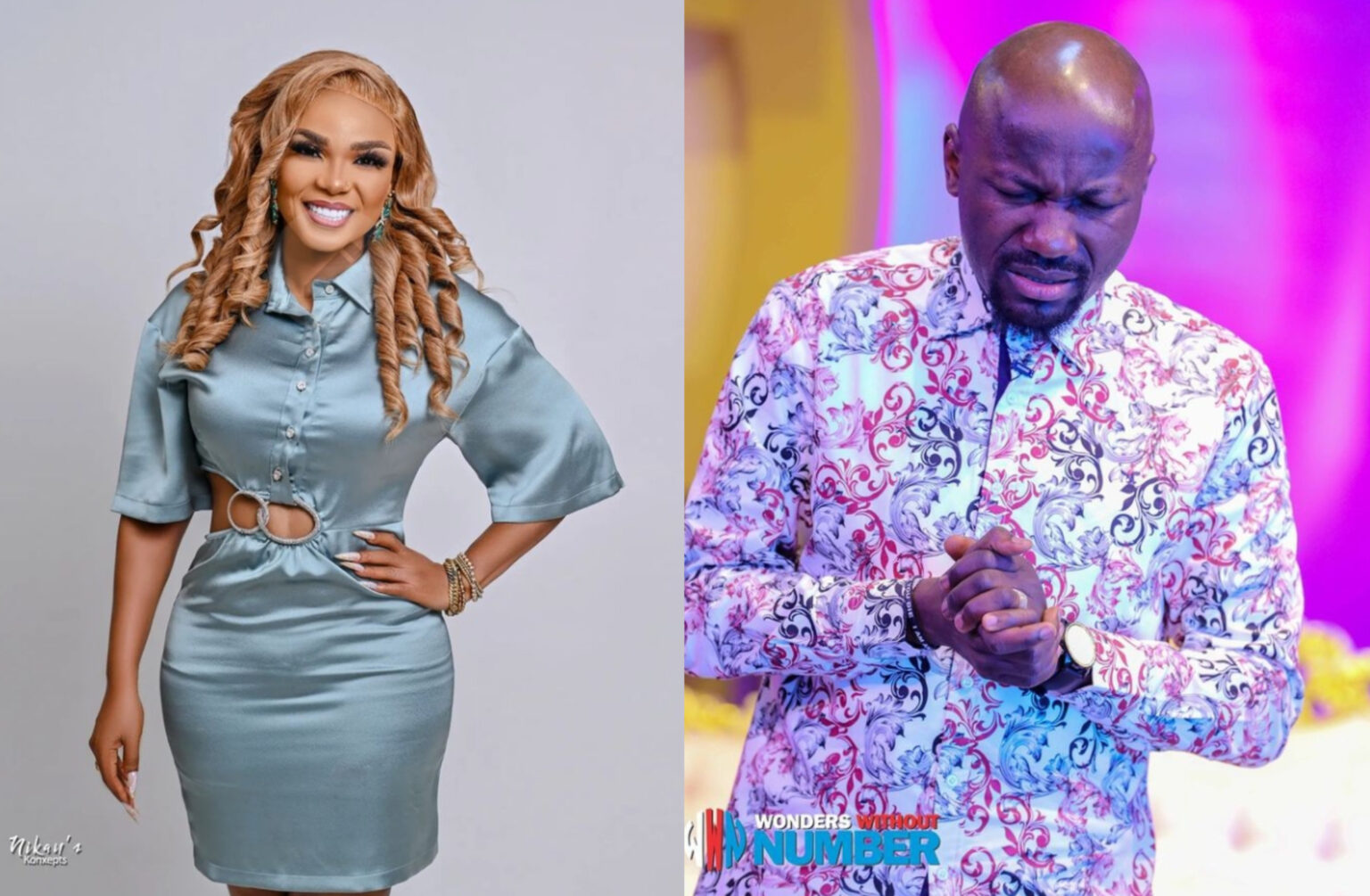 Nollywood actress, Iyabo Ojo has reacted to reports of her affairs with Apostle Suleman making rounds.

It was reported days back that Iyabo Ojo had been dragged into an ongoing celebrity scandal with renowned clergyman, Apostle Johnson Suleiman.

Popular blogger, Gistlover dropped the names of some Nigerian actresses who had reportedly been involved with Apostle Johnson Suleman intimately.

There had been a series of allegations leveled against Apostle Johnson Suleman after videos and messages of ailing actress Halima Abubakar surfaced online.

Amid the allegations and the issues between Halima Abubakar and Apostle Suleman, Gist lover via its page dropped the names of some Nollywood actresses who the blog claimed had slept with Apostle Johnson Suleman for money.

Reacting to it, Iyabo Ojo shared a video of her in a joyous mood. She avowed that she is unbreakable, unshakable, and immovable.

“Omo logo 1 trillion….. unbreakable, unshakable, immovable….oya give dem….Iyabo you tooooo set for all thanks to @olivevine_hair your wigs make sense die”.

In a lengthy post, Steph Nayah noted how she had been silent on his issue because she wanted to see how far he was willing to take this lie.

Nayah revealed how she met him in Mombasa, Kenya and he took her contact, after which they had several intimate moments.

She claimed that Apostle flew her back to Nigeria to lodge at his girlfriend’s place which happened to be Iyabo Ojo’s house.

She disclosed that Iyabo made her comfortable and didn’t display any mean character to her as she was comfortable with the Apostle having multiple affairs as long as her income was coming in.