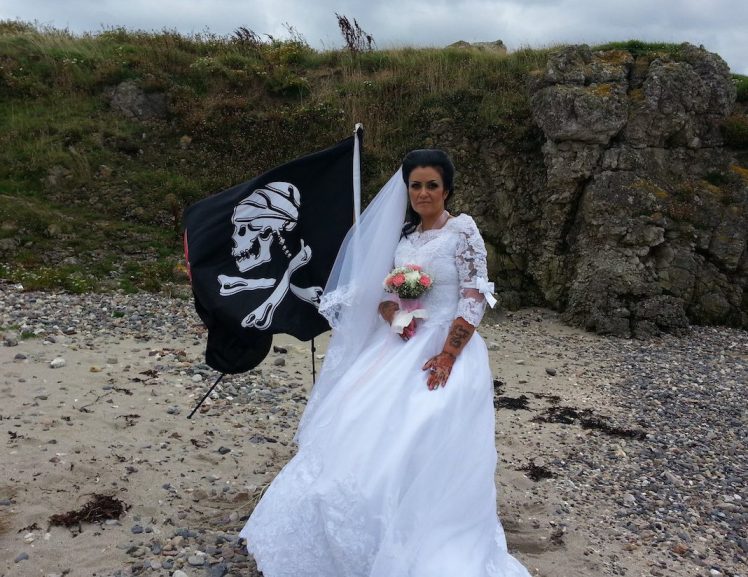 Amanda and Jack Teague on their wedding day (Picture: Triangle News)
This is the ptuneo of a woman identified as Amanda, who got fed up with dating humans and says she has gotten married to a ghost
According to Metro UK, the woman, who had five children with her ex human husband, said she was fed up with human failings and has opted to marry a ghost.
It was her latest attempt at finding a perfect mate, she said.
Her new husband was a Haitian pirate who told her he was black with jet black hair, and was executed for his crimes in the 1700s.
Forty-five-year-old Amanda from Downpatrick in Northern Ireland, believes their pirate connection is what brought them together – first as friends, before she developed ‘strong loving feelings’ towards him.
Amanda, a female Jack Sparrow impersonator,  said: “We became really close; the more I learnt about him, the more I liked him.
“One day, he said to me ‘We can actually be together you know?’ but I had never heard of an intimate relationship between a spirit and a human before.
“We became really close, and, the more I learnt about him, the more I liked him.
“I did some research and found out that it is a real thing and there are lots of people in spiritual relationships, but not many people like to talk about it.” 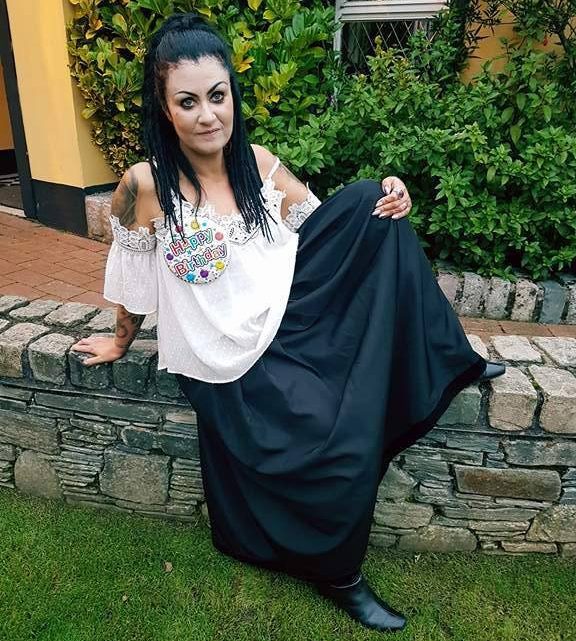 The couple go on dates and even have s*x (Picture: Triangle News)
Jack, who never married during his life according to Amanda, is a powerful spirit who can turn stereos and lights on and off, and move things.
“I told him I wasn’t really cool with having casual sex with a spirit and I wanted us to make a proper commitment to each other.
“If I am going to be in a long-term relationship with somebody, I have the right to be married,” she said.
For their wedding, the couple ventured into international waters where their union would be legal, on a boat that allowed 12 of their closest friends and family on board for the ceremony.
They used a medium to allow Jack to say ‘I do’, and used a skull and crossbones flag to represent him.
Amanda explained that s*x with a spirit is surprisingly similar to sex with a human.
She added: “It is well known that people often feel a spirit touch their hands, their face or their hair.
“The only difference with having a sexual relationship with a spirit is obviously that sense of touch goes a lot deeper.
“You can literally feel the physical act of what the spirit is doing to you, and the spirit can feel it too.”
--Advertisements--