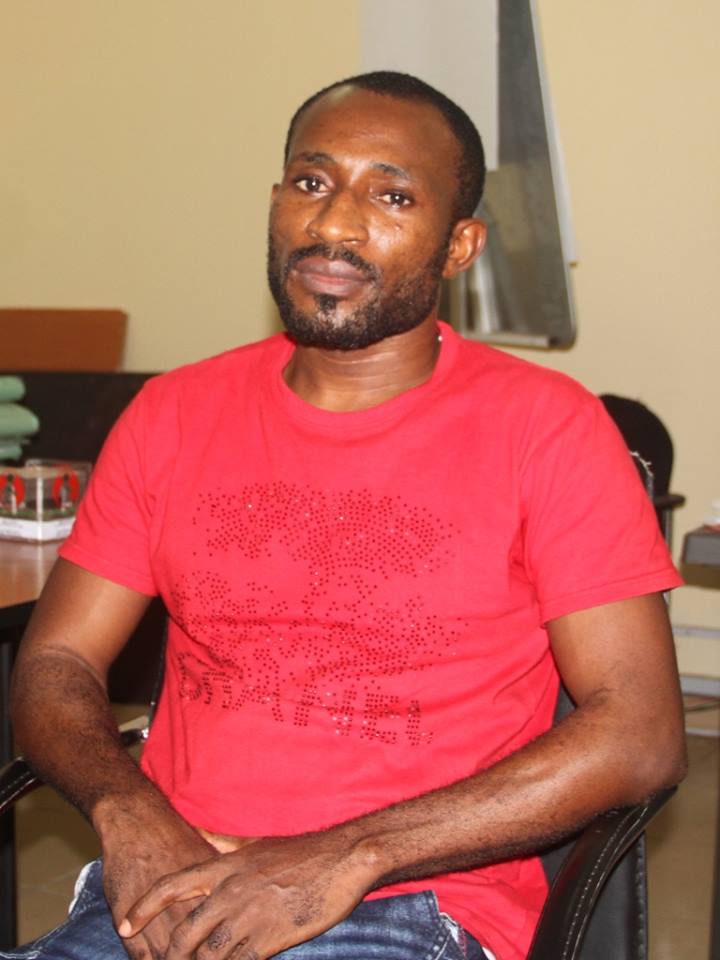 Ifeanyi Nwaneri
The Economic and Financial Crimes Commission, EFCC, Lagos Zonal office, on Wednesday, March 21, 2018, arraigned one Ifeanyi Nwaneri before Justice Olusola Ajibike Williams of the Special Offences Court sitting in Ikeja, Lagos on a five-count charge bordering on stealing to the tune of N1.2billion.
The defendant, a customer with Access Bank Plc, was alleged to have fraudulently carried out several transactions on Point of Sales (POS) terminal issued to him by the bank.
One of the counts reads: “That you, Ifeanyi Nwaneri, sometime between September 1 and 4, 2017, at Lagos within the jurisdiction of this Honourable Court, dishonestly converted for the use of Sessy Global Ventures the sum of N25, 000, 000.00 (Twenty-five Million Naira only), property of Access Bank Plc.”
Another count reads: "That you, Ifeanyi Nwaneri, sometime between August 15 and September 12, 2017, at Lagos within the jurisdiction of this Honourable Court, dishonestly converted for the use of Omede Shedu Silas the sum of N17, 000, 000.00 (Seventeen Million, One Hundred Thousand Naira) only property of Access Bank Plc.”
The defendant pleaded not guilty to the charge preferred against him. In view of his plea, the prosecution counsel, Nnemeka Omewa, urged the court to allow his trial begin immediately and, remand the defendant in prison custody pending the determination of the charges levelled against him.
However, counsel to the defendant, John Dong, informed the court of a pending application for bail on behalf of his client. He, therefore, prayed the court to grant the defendant bail.
Consequently, Justice Williams granted the defendant bail in the sum of N5million with two sureties in like sum. One of the sureties must be a relation to the defendant and must own a landed property within the jurisdiction of the court.
Thereafter, Justice Williams asked the prosecution counsel to call his witness in the matter. Led by Omewa, the first prosecution witness, PW1, Chuks Igboerika, a manager with Access Bank Plc, revealed to the court how the defendant had approached the bank sometime in March, 2017 for the issuance of a POS terminal.
PW1 said the defendant had requested that the POS machine should be enabled in such a way that it would accept international cards, which he was eventually granted.
The witness further told the court that the defendant started receiving huge inflows into his account through his international cards on July 30, 2017. He also said that the defendant consistently received money from July, 2017 to September 18, 2017 to the tune of N1.2billion.
“When we discovered how money was being credited into Ifeanyi’s account with Access Bank, he was engaged by the Relationship Team Unit of Access Bank to know the nature of the work he did that could have warranted the large sums of money that he had in his account. He told the team that he deals in ‘Precious Stone’, in addition to dealing in automobile parts. He also said that his customers were foreigners.”
“As the money came into his account, he transferred some into different bank accounts. He has so far transferred N508million to other banks, leaving a credit of about N677million in the account with Access Bank”, the witness said.
In his further evidence, PW1 also told the court that Access Bank received a mail from Interswitch in which it made declaration of fraud in the transactions of POS belonging to the defendant and the fact that there was no authorization for the transactions from the legitimate owners of the money involved.
Investigations, however, revealed that the defendant carried out the transactions with the VISA International Card.
Also, investigation revealed that when the bank asked the defendant to produce the POS machine issued to him, he said it was not with him. It was also revealed that when Access Bank asked Interswitch to produce ‘chargebacks’-complaints from the persons who lost money so as to declare the transactions fraudulent, it could not produce any.
Giving further testimony, the witness told the court that “the loophole was discovered by the Central Bank of Nigeria, CBN, after Access Bank reported the transactions.
“It was revealed that Interswitch was hoarding the debits entries in its system records without passing the entries to the appropriate channels, which were the real card holders who have allegedly parted with their money
“An international POS transaction must go through Interswitch, then to the card issuing company which, in this case, is VISA Card. Then, the transaction must reflect to the card holder and go back through the same channel to the bank before a transaction can be confirmed approved.
“And if a transaction was declined or not approved, it goes through the same channel. But in this case, it was discovered by CBN that the transactions done by the defendant started and ended between the defendant and Interswitch.”
The witness told the court that all the authorized companies; VISA Card, Unified Payment System, Interswitch, CBN, and Access bank involved in an international POS transaction were invited to review the fraud independently.
“They all came to the verdict that the fraudulent transactions done by the defendant were debited from Access Bank authorized by Interswitch."
In view of this, the prosecution counsel, Omewa, sought to tender the petition written to EFCC against the defendant and the defendant’s statement of account.
Both documents were admitted in evidence as exhibits by the court. During cross-examination by the defence counsel, the witness told the court that it was at the point of interrogation that the defendant told the bank what he does for a living.
But the defence counsel pointed out that it was wrong of a financial institution to have failed to do that from the outset. The case was adjourned to April 23 and 27, 2018 for continuation of trial.
--Advertisements--